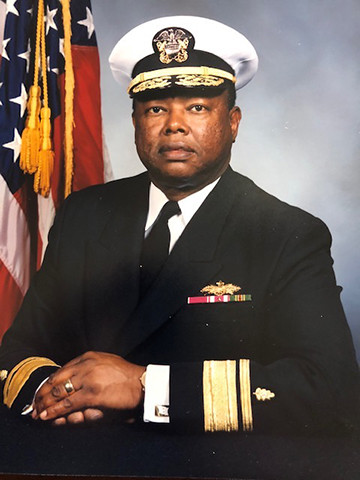 In its inaugural Veterans Day Celebration, Cal Lutheran honors members of the university community for their service to country. There will be a military color guard and music.

The keynote speaker, Rear Adm. Eugene Fussell, served in the U.S. Navy for almost four decades before retiring in 1998. He received a Doctor of Medicine from Meharry Medical College in Nashville, Tennessee, and was board certified in orthopedic surgery in 1972. He has served as commanding officer in several reserve units including Naval Reserve Forces in New Orleans and Seoul, Korea, and as chief of orthopedics at Naval Hospital Port Hueneme. His military awards include the Legion of Merit, Meritorious Service Medal, Navy Meritorious Unit Citation, National Defense Medal and Armed Forces Reserve Medal.

Dr. Fussell currently is vice president/chief physician executive at Dignity Health, Southern California West and a board member at St. John’s Regional Medical Center in Oxnard. He is specialty adviser in orthopedic surgery at the Department of the Navy Bureau of Medicine and Surgery. He has been named Citizen of the Year by the City of Oxnard, Ventura County Urban League and Ventura County NAACP, and awarded Outstanding Citizen commendations by the governors of California and Georgia.