The Big Lebowski and the Legacy of the 1960s 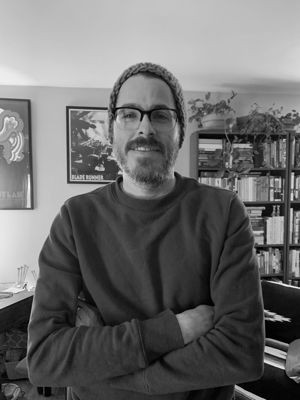 The 1998 Coen brothers' film The Big Lebowski was released to middling reviews and poor box office numbers but in the years since its release, Lebowski has evolved into a massive cultural phenomenon, with a loyal fan base whose reverence for the film’s eccentric characters, surreal dream sequences and highly quotable dialogue fuels the film’s enduring popularity. In this lecture led by David Parsons, PhD, we will explore The Big Lebowski as a meta-text on the 1960s, unpacking how the film’s relentless references to specific events, movements, people and other historical ephemera reveals a struggle to deal with the era’s many unanswered questions. What is The Big Lebowski really telling us about the 1960s?

Parsons received his doctorate in history from the Graduate Center of the City University of New York (CUNY). He is a professor and writer whose work focuses on the political, social and cultural history of 20th-century America. He has taught courses in U.S. history at CUNY and New York University, and hosts a long running weekly podcast on history and politics called The Nostalgia Trap.

Registration is required. Cost is $8.

Fifty and Better was designed to offer university-level courses (no tests, no homework) taught by experts in the field and to host social engagement activities to individuals age 50 and older in our community.