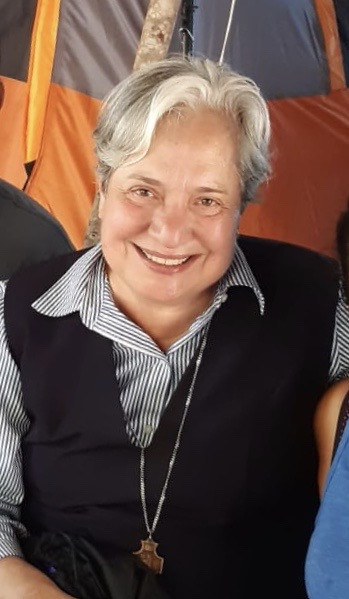 Norma Pimentel is a sister with the Missionaries of Jesus and a licensed professional counselor. As executive director of Catholic Charities of the Rio Grande Valley, she oversees the charitable arm of the Diocese of Brownsville in Texas and was instrumental in organizing community resources to respond to the surge of Central Americans seeking asylum in the United States and setting up Humanitarian Respite Centers in McAllen and Brownsville in 2014. Before overseeing Catholic Charities of the Rio Grande Valley, Pimentel was one of the leaders who directed Casa Oscar Romero, a refugee shelter in San Benito and later Brownsville for Central Americans fleeing their war-torn countries in the 1980s.

Pimentel’s efforts have earned her considerable recognition: Catholic Charities USA gave her the Martin Luther King Jr. “Keep the Dream Alive” Award in 2015; Our Sunday Visitor named her one of eight Catholics of the Year who made an indelible mark in 2015; and Time magazine included her among its 100 Most Influential People of 2020. The Permanent Observer of the Holy See to the United Nations invited her to speak at the U.N. Headquarters in New York City. During the U.S. papal visit, Pimentel met with Pope Francis in New York City and presented him with one of her original paintings that depicted an immigrant mother and child.

She will be sharing some of her experiences with the Humanitarian Respite Centers and immigration.

The virtual lecture is free, but registration is required at https://bit.ly/3kaMASx. Registered participants will receive the Zoom link a few days before the event.