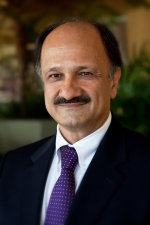 Professor Damooei was the recipient of the President Award for Teaching Excellence of the California Lutheran University in 2006. In 2017 he was recognized by Huffington Post as an Iranian-Americans who have made seminal contributions to their fields of endeavour and he received the Provost Distinguished Scholar Award for 2017-18 academic year.

He served as a consultant for a number of organizations such as Boys & Girls Clubs across various states, Public Health, First 5, United Way, Blue Cross, Blue Shield, various foundations within Ventura and LA Counties, and a number of other non-profit organizations. Most recently, he has completed three major studies for the Ventura County Community Foundation.