Humanizing the Other: Art by Salomón Huerta 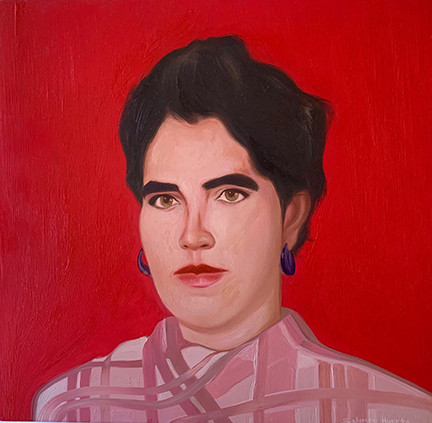 Assembled from private collections, this exhibition of work by Salomón Huerta aims to disrupt strictly negative representations of Mexicans and Mexican Americans by offering nuanced portraits. Huerta gained international fame from his paintings of anonymous subjects who are viewed from behind, playing with ideas of identity and viewers’ assumptions. In this series, the subjects, their Latinx faces and their poses are identifiable, familiar and intimate.

Artwork by Huerta has been shown at influential spaces and events such as Gagosian, London, the Whitney Biennial in New York City, the National Portrait Gallery in Washington, D.C., the Hammer Museum, LACMA, and Studio La Città, Italy. He received his BFA in illustration from the Art Center College of Design in Pasadena and his MFA from UCLA, where he studied under Lari Pittman.

The exhibit coincides with a Nov. 14 lecture by Huerta and his brother Alvaro on their creative collaborations. Alvaro Huerta is an activist who researches and writes about immigration.

Admission is free. The gallery, located in Soiland Humanities Center, is open to the public 8 a.m. to 8 p.m. Monday through Saturday.