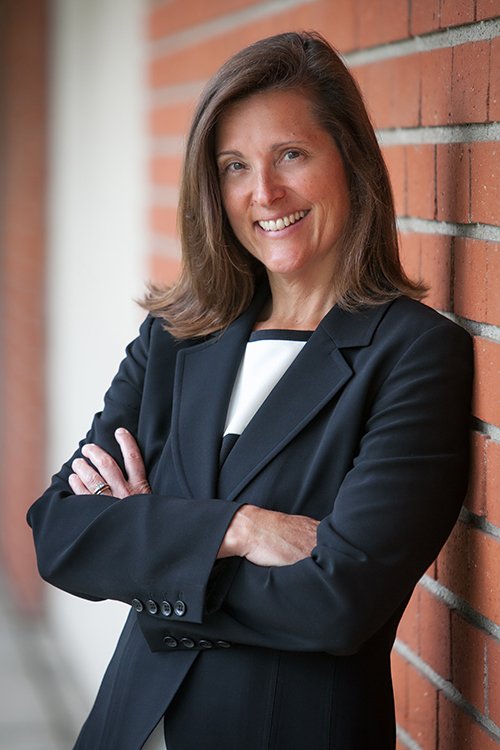 Melinda Roper has served in the position on an interim basis since July.

(THOUSAND OAKS, Calif. – April 13, 2015) Melinda Roper has been promoted to vice president for student affairs and dean of students at California Lutheran University.

Roper has served in the position on an interim basis since Bill Rosser retired in July after 17 years as head of the Student Affairs Division. She had served as Cal Lutheran’s director of student life since 2008 and added associate dean of students to her title in 2012.

Effective immediately, the Newbury Park High School graduate will oversee student and residence life, student conduct, multicultural and international programs, student counseling, and health and career services. The university has about 4,200 students from throughout the United States and 66 countries. Half of traditional undergraduate students live on campus. Cal Lutheran has about 90 clubs and organizations.

Roper has worked to reshape transitional experiences for Cal Lutheran’s growing student body and to strengthen connections between the academic and student affairs programs. She has expanded the role of the Campus Awareness, Referral and Education Team, which meets biweekly to review student cases related to social, mental health, academic and behavioral issues. Roper has also taken a leadership position on Title IX compliance, response and education efforts.

The Newbury Park resident came to Cal Lutheran after 13 years at Duke University, where she climbed the ladder from a program coordinator for student life to both the senior associate director of student activities and engagement and the interim director of the Duke Women’s Center. Prior to working at Duke, she had served on the Student Affairs staff at Penn State University. She has extensive experience in student and leadership development, crisis management and community building.

Cal Lutheran is a selective university based in Thousand Oaks, California, with additional locations in Oxnard, Woodland Hills, Westlake Village, Santa Maria and Berkeley. The university offers undergraduate and graduate programs through its College of Arts and Sciences, School of Management, Graduate School of Education, Graduate School of Psychology and Pacific Lutheran Theological Seminary. For more information, visit CalLutheran.edu.