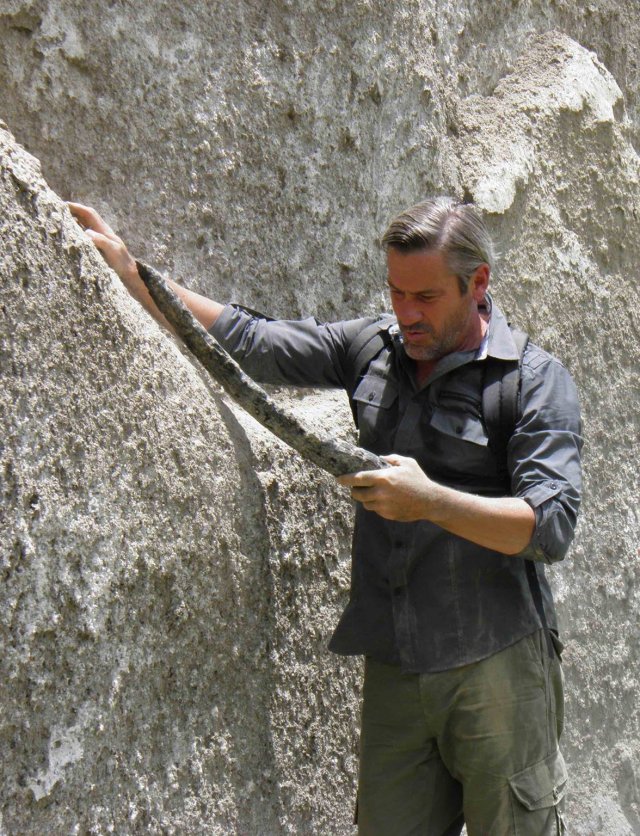 Cal Lutheran's Robert A. Dull and his colleagues analyzed samples of Ilopango ash in El Salvador and Guatemala, as well as from marine sediment cores off the coast of Central America from Guatemala to Costa Rica.

(THOUSAND OAKS, Calif. – Aug. 16, 2019) A new California Lutheran University faculty member is the lead author of a study published today that helps solve a scientific mystery about the cause of a pronounced period of global cooling in the sixth century.

Robert A. Dull, the incoming chair of Cal Lutheran’s Department of Earth and Environmental Sciences, led the international team whose study in Quaternary Science Reviews identifies one of two eruptions that caused a severe period of cooling in the Northern Hemisphere from 536 to 550, the strongest on the planet in the past 2,000 years. The 11 scientists used radiocarbon and geologic evidence to determine that Ilopango volcano in El Salvador was the source of the colossal eruption in 539 or 540. Dull will explain the research in “Dark Age Volcano,” a Smithsonian Channel documentary airing Aug. 28 and 29.

The cooling event contributed to famine and societal disruptions throughout the Northern Hemisphere, according to other researchers, and is even tied to the first outbreak of bubonic plague in Europe in 541.

Volcanic sulfate layers from ice cores in Greenland and Antarctica dating to 536 and 540 attest to the volcanic cause of the cooling, which occurred when massive amounts of sulfur dioxide were injected into the Earth’s stratosphere. The resulting volcanic dust veil reduced the amount of solar radiation reaching the surface.

Dull and his colleagues used radiocarbon dating to determine that three tree trunks became encased in volcanic ash from Ilopango in the first half of the sixth century. They also analyzed samples of Ilopango ash in El Salvador and Guatemala, as well as from marine sediment cores off the coast of Central America from Guatemala to Costa Rica. By measuring the thickness of volcanic deposits geochemically sourced to Ilopango and their distances from the volcano, the team was able to reassess the magnitude of the eruption, establishing it as a Volcanic Explosivity Index 7 event, one of the 10 largest on Earth in the past 7,000 years.

The researchers also investigated the eruption’s impact on the Maya civilization. They demonstrated that about 20,000 square kilometers of El Salvador, Guatemala and Honduras were abandoned due to the eruption. Their estimates place the total number of fatalities in the southeastern Maya territory between 100,000 and 400,000, making it the deadliest eruption in human history before adding the millions of fatalities in Europe and Asia caused by famine and disease tied to the sixth-century cooling.