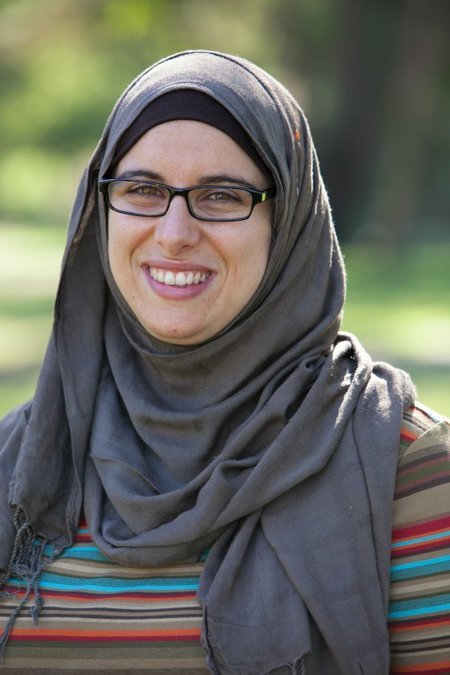 "I love engaging students and getting them to think outside the box and how to think for themselves,” said Rose Aslan, a practicing Muslim who was appointed an assistant professor of religion.

California Lutheran University in Thousand Oaks has announced the hiring of several new faculty members for the 2014-15 academic year.

Among the new faculty members at the private university is Rose Aslan, a practicing Muslim who was appointed an assistant professor of religion.

Aslan, who’s originally from San Francisco, said she came to CLU because she liked the idea of being part of a Christian college and that as such, it offers her a more welcoming environment where she can share her faith.

“There’s more freedom in the classroom than there would be at a public university,” she said. “It’s been really great to be with open-minded colleagues, and I’ve had a really good experience with the students.”

Immediately before coming to CLU for the start of the fall semester, she earned a doctorate in religious studies from the University of North Carolina at Chapel Hill.

“Cal Lutheran requires all students to take two religion courses, so you have to find a creative way to engage them,” she said. “That’s challenging, but it’s a good challenge and leads to open questions. I love engaging students and getting them to think outside the box and how to think for themselves.”

John Deisz, a professor and chairman of the physics department, joined CLU after 15 years at the University of Northern Iowa.

“I just felt I was interested in experiencing something different and something that would provide me with a little more personal interaction with students,” he said.

“There’s a lot of practical significance to what I teach and a wide range of career options if you have a physics degree,” he said. “I really want to know the kind of impact I have and see what happens with my students afterwards, and at a smaller university it’s possible to have a more significant relationship with the students I am working with.”

In addition the Rev. Shauna Hannan has joined CLU’s Pacific Lutheran Theological Seminary in Berkeley as an associate professor of homiletics.