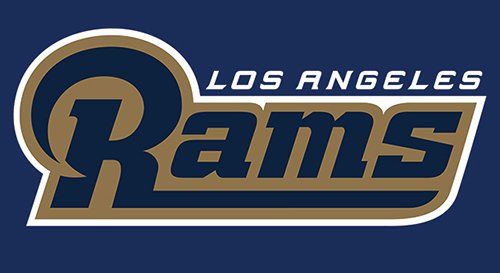 (THOUSAND OAKS, Calif. – March 30, 2016) California Lutheran University has entered into an agreement with the Los Angeles Rams to allow the team to base its training operations on the university’s Thousand Oaks campus for at least two years.

The Rams will pay for and put in two practice fields, a paved parking lot and temporary modular buildings containing offices, training areas and locker rooms on the northwest corner of the campus. They can use the area for the next two to five years while they wait for their permanent training facility to be built.

The facility at Cal Lutheran will be the home base for about 130 athletes, coaches, trainers and other staff members. Regular season practices will be held from September through January starting this year, and off-season activities will be based at the facility from March through July starting in 2017.

The Rams plan to offer opportunities to the Cal Lutheran community, including internships for students, while their operations are based on campus.

The city of Thousand Oaks has already approved construction of the fields and parking lot as part of Cal Lutheran’s master plan, and the Rams will turn them over to the university after they depart. The Rams have applied to the city for permission to install the modular buildings and approval is pending.

While the Rams are based on campus, Cal Lutheran can use the parking lot during major events such as commencement. Cal Lutheran’s athletic teams will use the fields after the team departs. The university will also be able to use infrastructure built by the Rams for future athletic facilities it plans to add.

The region stands to benefit economically as the Rams players, coaches and other employees shop, dine, buy homes and send their children to schools in the area.

“We are excited to partner with Cal Lutheran to use their exceptional campus as the temporary home for team facilities that will be outstanding for our players and football staff,” said Los Angeles Rams Chief Operating Officer and Executive Vice President Kevin Demoff. “The Rams look forward to becoming an integral part of the Cal Lutheran and Thousand Oaks communities as we establish our roots in Southern California.”

“We are thrilled to be part of the return of the Rams and NFL football to Los Angeles,” said Cal Lutheran President Chris Kimball. “The Rams are investing in a major remaining part of our plans for the north campus and providing internships in a variety of fields to our students. It will be a great partnership.”

The entrance to the facility will be off of Campus Drive, and the entire area will be enclosed in a fence. The facility will not be open to the public. The Rams will remove the temporary buildings and fencing when they leave.