'Caesar' to go on after director's death 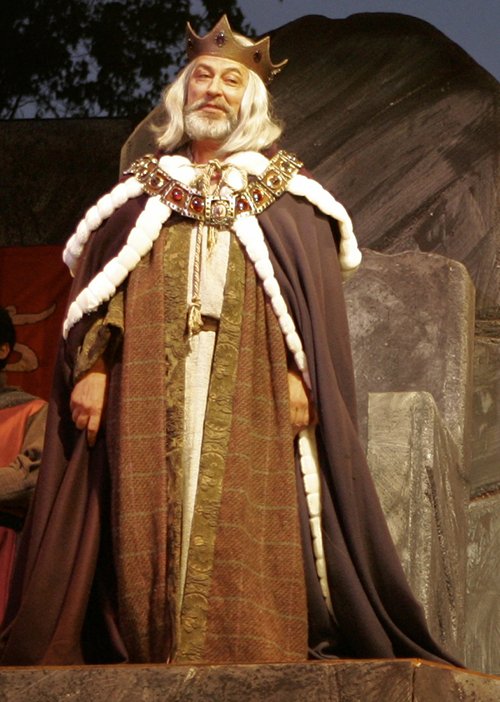 An integral part of the Kingsmen Shakespeare Company, John Slade acted in many of the festival’s plays, including the title role in “King Lear” in 2007.

(THOUSAND OAKS, Calif. – July 11, 2017) The Kingsmen Shakespeare Company is mourning the unexpected death of John Slade, who was directing this summer’s production of “Julius Caesar,” but the show will go on with the festival’s founder stepping in to bring his colleague’s vision to the stage.

Slade died Friday from injuries he sustained in a car accident. The crash occurred Thursday night as he was driving from rehearsal to his home in Ojai.

Michael J. Arndt, founder and artistic director of the Kingsmen Shakespeare Festival, stepped in Saturday to direct “Julius Caesar,” which opens July 21. He is working with associate artistic director Brett Elliott, who is playing Marc Antony, and Jason D. Rennie, who is portraying Cinna, to present the play as Slade intended.

Slade had set the production in modern Rome and put together a cast featuring several gender-swapped and unconventionally portrayed characters. Women play the traditionally male roles of Cassius, Messala, Soothsayer and Lucius. Cinna the Poet is Nigerian and two of the immigrants are Persian.

William Shakespeare, a royalist when there were a number of plots against Queen Elizabeth’s monarchy, wrote “Julius Caesar” to show how the violent removal of a powerful leader can only lead to chaos, according to Slade.

This would have been Slade’s fourth time directing a Kingsmen production. He began by directing “Henry V” in 2004. An integral part of the company, he also acted in many of the festival’s plays, including the title role in “King Lear” in 2007.

Slade had a varied career as a director, stage and screen actor, teacher, musician and writer. His started out more than 40 years ago at the University of Michigan, where he and classmate Gilda Radner founded a repertory company that juxtaposed drama, comedy and music. In recent years, the former Nordhoff High School English and theater arts teacher toured the country performing his one-man concert play, “Walt Whitman, Live.” He earned many awards for writing, directing and acting from Drama-Logue, Drama Circle, Valley Theatre League and other organizations.

“Julius Caesar” is the second and final production of the festival’s 21st season. The political tragedy will be presented at 8 p.m. July 21 through 23, July 28 through 30, and Aug. 4 through 6 in Kingsmen Park on the Thousand Oaks campus of California Lutheran University. The Kingsmen Shakespeare Company is the professional theater company of Cal Lutheran.

The festival grounds open at 5:30 p.m. for picnicking and entertainment. General admission is $20 for adults and free for those under 18. Individual tickets are available at the door only. For lawn box reservations and more information, visit kingsmenshakespeare.org or call 805-493-3452.