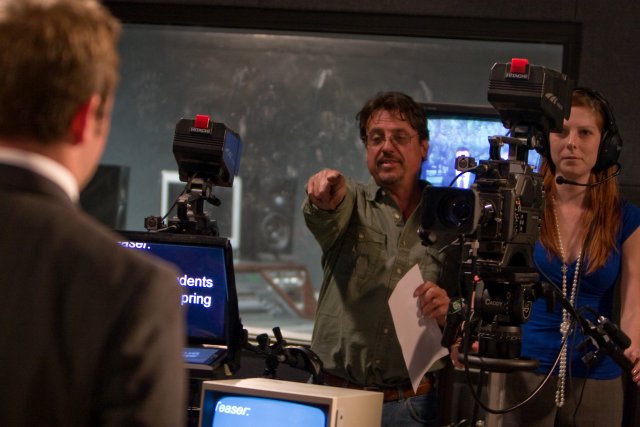 The university has provided communication majors with the option of pursuing an emphasis in film and TV for more than a decade, and the classes are consistently full with long waitlists. Each year, many students produce films for a screening festival and a 48-hour competition on campus and participate in the university’s TV and Cinema Production Club and Digital Cinema Guild.

The new program will more fully prepare students for the field with the addition of classes in advanced television production, postproduction and distribution, and introduction to film studies. Film and TV majors will also take research methods and capstone classes and complete internships or independent studies. Film and TV majors will organize the Cal Lutheran Annual Film Festival, now in its 24th year.

“I’m excited to be able to offer this new major at a time when the industry is creating so many new opportunities with companies like Netflix and Amazon,”said David Grannis, an associate professor of communication who first proposed the major 20 years ago. “It will provide students the opportunity to learn from faculty who have worked in the industry and train in Cal Lutheran’s on-campus television studio and on locations using equipment with the same high-quality production value as those used by industry professionals.”

Students will have the option of pursuing an emphasis in film studies or production. A minor in film and TV will also be offered.

Strong interest and the campus’ proximity to Hollywood have led many students to go into the field even without a dedicated major. Cal Lutheran has developed internships with ABC, CBS, Disney, Fox Sports, KTLA and other companies based in Hollywood. Alumni have gone on to work as camera operators, cinematographers, directors, editors, executives, managers, producers and writers for companies including Bunim-Murray Productions, ESPN, Netflix, the NFL and Participant Media.

Several films produced for the campus’ annual festival have won awards at other festivals. A Cal Lutheran team’s production was nominated for the “Best of” award during the Los Angeles 48-Hour Film Holiday Project 2017. Grannis and two of his students produced a documentary on California’s historic drought that was screened at a sustainability conference in Maryland and during last year’s Arbor/Earth Month celebration in Thousand Oaks.