Men missing, not all gone fishing

The original beneficiaries of college, men now lag behind women in enrollment, and the gap is gradually widening. 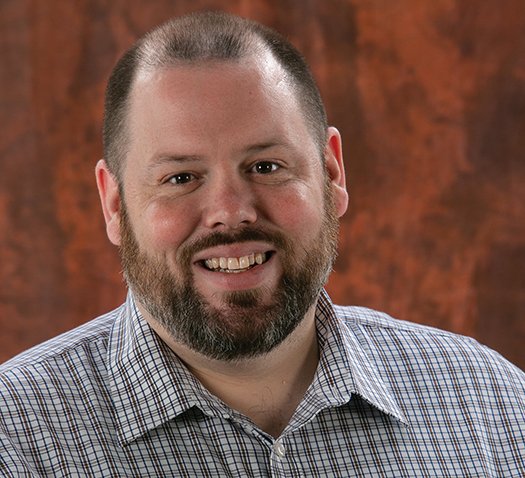 Fifty-six percent of U.S. undergraduates are women. Is there something about college today that’s deterring men?

These fears about how men are doing in college are sometimes unfounded. If we look at overall statistics for white men, white men are still going to college and succeeding in the same numbers that they historically have been.

It’s really men of color, particularly black men, Latinx men, and men from native American indigenous populations, who are not being retained at the same levels. So that becomes more of my concern.

And while it’s true that women are going to college and persisting and getting especially undergraduate degrees much more frequently, there still are problems with women being retained and successful, particularly if we look at graduate degrees. Men have a leg up in terms of getting master’s degrees and doctoral degrees, and then also staying in those fields.

What’s a legitimate goal for balance?

But not every student is going to come here or want to go to college. We should be asking, How are we serving our students? If we had retention data that showed men are leaving at an increased rate, then certainly, we’d need to focus our attention and understand that.

There’s a sort of paradox here, because we know that institutions of higher education in the United States were really formed to educate men.

A lot of the research on men in college by gender studies scholars shows that men are disconnected. They’re playing video games and are staying away from the classroom. They are hearing and internalizing that to be academically smart is actually to be more feminine.

Men do take being perceived as feminine as a slight. Even in my research with sexual minority men – gay men – although they want to reject the beer-and-football notion, they want to be seen as holding up some sort of masculinity.

Do these things hurt them academically?

The higher the sense of belonging you have in a campus community, the more you’re going to have positive outcomes in terms of retention, your GPA, your academic success. We just know that a lot of men are not finding that connection except in small pockets and small groups.

Did you see that when you worked in student life?

I had a lot of women who were involved in student leadership roles as orientation leaders and as leaders of clubs and organizations. Often, men would not find that to be their space. They would maybe get involved in student government. But if we had a program, predominantly women would show up. We would have a few men, but not many.

And so that was always a conversation: How do we get more men involved? Well, we need to go to them. Men are in their rooms, they’re playing video games, they’re playing online poker. When I was at UC San Diego as an assistant dean, one of our biggest events every year was a video game contest held over MLK weekend. Hundreds of people, but predominantly men, played video games for three days nonstop, tournament-style. It was one of our most successful programs.

You’ve been critical of some programming for men.

We need to have dialogue around masculinity and what it means to be a man, both among students and among professionals working with them at colleges.

Sometimes in student life offices, they just decide: We’re going to do camping and hiking and these really manly things. Ultimately, that’s programming for a type of man in mind, but it’s not programming for men’s development. It’s not getting us closer to talking about issues with masculinity and being deeply introspective about them. It’s not helping men see how ideas of masculinity play out – in how we connect with other men, how we connect with women, what it means to be a father and so forth.

Have activities for men helped you?

One of the most pivotal things that happened to me, when I was doing my dissertation at the University of San Diego, was that I joined a rugby team. I had never played rugby in my life – I am very uncoordinated. But we had LGBT, gay, bisexual, queer-identified folk, and also straight guys and Navy guys who were active military, and we all came together because we enjoyed playing this game.

I never would say that I was great at rugby, but I had a lot of fun and it was the first time that I was ever part of a men’s group where it doesn’t matter how you identify, as long as you’re here for the brotherhood. There were bad things about it too – including one sexist song we sang that I had to call out – but for a gay guy who has had negative experiences with a lot of straight men, it was a really interesting experience where the good stuff outweighed the bad.

What’s the trouble for men at college, that you’re addressing through this book and your research?

If I had to say what was my soapbox or cause, it’s less about gender parity and who’s enrolling and more about how can we do better to serve those men who are not finding higher education to be affirming or to be important for their goals.

Some of that is discernment. Some people may come to this institution and find it is not the spot where they want to do their degree. Or maybe they figure out, I’m not a person who is going to do a typical four-year degree. I want to go into a trade. That’s great, discerning what you want to do with your life.

But we have to be thoughtful about it. If folks are just leaving because of something that is happening here that is not conducive to their education and we could fix it, we need to address that.

In the fall, Tillapaugh will collaborate on the men of color initiative of Project CHESS, serving underrepresented and low-income students at Moorpark College and Cal Lutheran.