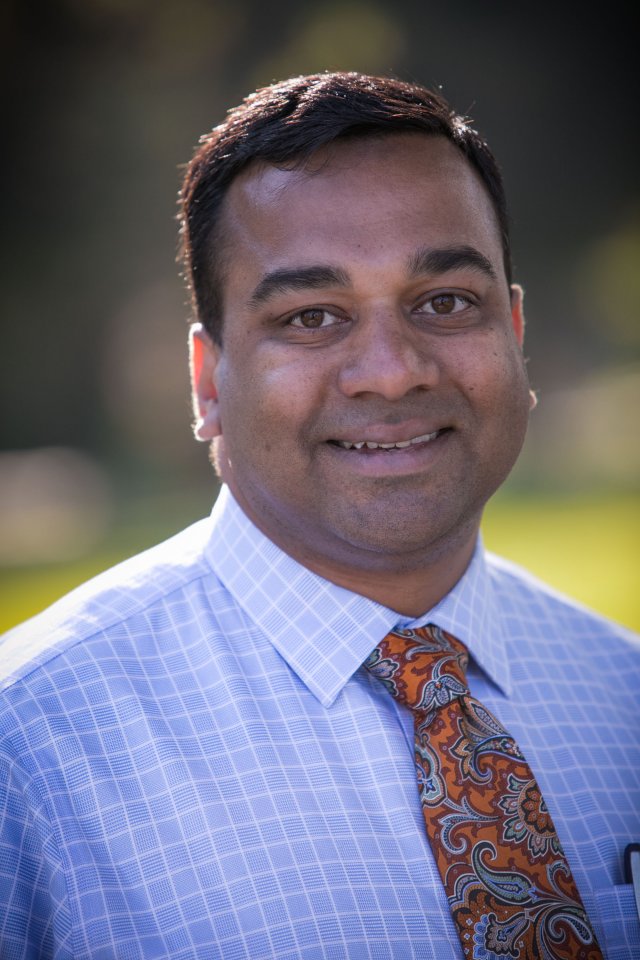 Sabith Khan came to Cal Lutheran in 2017 as an assistant professor in the School of Management.

(THOUSAND OAKS, Calif. – Nov. 27, 2019) A professor who has worked for nonprofit, for-profit and government sectors of the United States, India and United Arab Emirates has taken the helm of California Lutheran University’s Master of Public Policy and Administration (MPPA) program.

Sabith Khan came to Cal Lutheran in 2017 as an assistant professor in the School of Management. As MPPA director, he now oversees efforts to prepare students to address issues ranging from labor relations and budgeting to immigration policy as managers for private, public and nonprofit organizations.

“He has been one of our most prolific faculty members, and students praise him for his commitment to student learning,” said School of Management Dean Gerhard Apfelthaler. “We are very glad that he has joined our leadership team.”

Khan has a doctorate in planning, governance and globalization from Virginia Tech and master’s degrees in public administration and in international relations from the Maxwell School of Citizenship and Public Affairs at Syracuse University in New York. He grew up in India and earned a bachelor’s degree in industrial engineering and management there from Visvesvaraya Technological University.

A son of Urdu language teachers who helped their poor students financially and with tutoring, Khan went on to research and write extensively on philanthropy and how it is evolving in the modern, globalized world. His book “Islamic Education in the United States and the Evolution of Muslim Nonprofit Institutions” was published in 2017, and he is finishing a book on remittances slated for release from Routledge Press in 2020. His other research interests include the role of nonprofits in refugee resettlement in the U.S., corporate social responsibility in India and the development of nonprofit leaders in Saudi Arabia.

Khan designed an innovative new graduate course called Governance, Business and Technology and is planning to introduce new specializations in the MPPA program in nonprofit management, tech policy, and state and local government.

Khan serves on the board of the Washington, D.C.-based Community Impact Fund and is active in the American Society for Public Administration and the Association for Research on Nonprofit Organizations and Voluntary Action. He is on the editorial board of SAGE Publications Business Case series. In August, the Pacific Coast Business Times honored him as one of its 40 Under 40.