University jumps four spots to 14th in the West 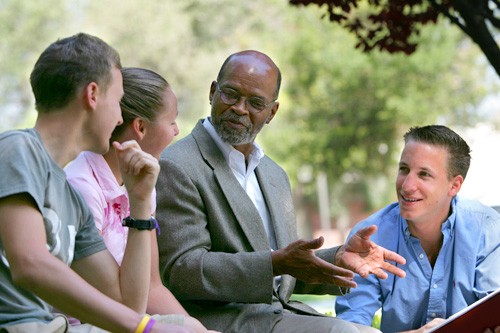 The university’s overall score increased by several points as its scores improved in most categories. CLU showed gains in its average freshman retention rate and graduation rate as a result of several new initiatives. These include small learning communities for first-year students, a retention alert program and a four-year graduation guarantee.

CLU also showed gains in categories measuring faculty-student interaction. The percentage of classes with fewer than 20 students increased to 63 percent while the student/faculty ratio decreased to 15:1.

The score reflecting the assessment of CLU’s academic programs by other university leaders and the average alumni giving rate also increased.

Selectivity continues to increase, with CLU’s acceptance rate dropping to 44 percent. But the university also made the list of A-Plus Schools for B Students for the third year, showing that admissions policies are flexible enough that some students who aren’t at the top of their classes can have a shot at getting in and then can go on to thrive during their undergraduate years.

CLU has ranked among the top tier of regional universities in the West for the past 18 years.

With an enrollment of 4,200 students, CLU offers undergraduate and graduate programs within the College of Arts and Sciences, School of Management and Graduate School of Education. In addition to its main campus in Thousand Oaks, it has centers for graduate and accelerated bachelor degree programs in Oxnard, Woodland Hills and Santa Maria.

The latest rankings were posted today at usnews.com and will be featured in the “2013 Best Colleges” guidebook that will be available in stores and online on Sept. 18.