Award-winning poet to give reading 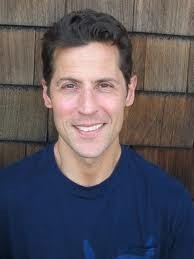 The free event featuring Covino, an associate professor of literature and creative writing at the University of Rhode Island, will be held in Overton Hall on the Thousand Oaks campus.

Covino’s latest poetry collection, “The Right Place to Jump,” was released Oct. 1. He received the PEN/Joyce Osterweil Award, which is bestowed on a new or emerging American poet, for his 2005 collection “Cut Off the Ears of Winter” and was a finalist for the Publishing Triangle Thom Gunn Award and Paterson Poetry Prize. His 2001 chapbook, “Straight Boyfriend,” won the Frank O’Hara Poetry Prize. His poems have appeared in several publications including the American Poetry Review, The Yale Review and “The Penguin Book of Italian-American Writing.”

As an Italian immigrant and former social worker, Covino explores the relationship between ethnic culture and psychosocial identity in his creative writing and research. His newer work reflects his growing concern with Italian historical influences, environmental issues, contemporary art, and visual and poetic experimentation.