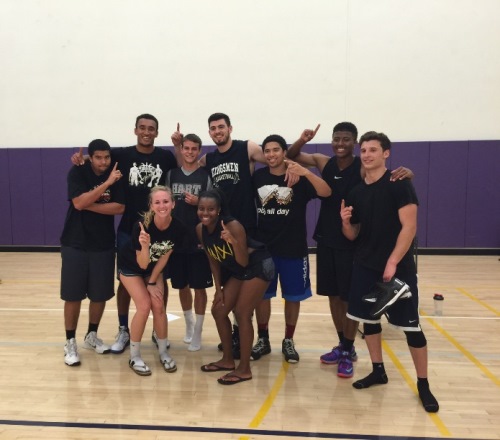 5-on-5 Basketball will be played Monday nights at 7pm in Soiland Gym. Co-ed teams must have at least 2 of each gender on the court.

AUTOMATIC EJECTIONS – Throwing any sort of punch, opened or closed fisted will result in disqualification from the league and any other intramural sports program.