The Teagle Foundation funds an $8,000 grant 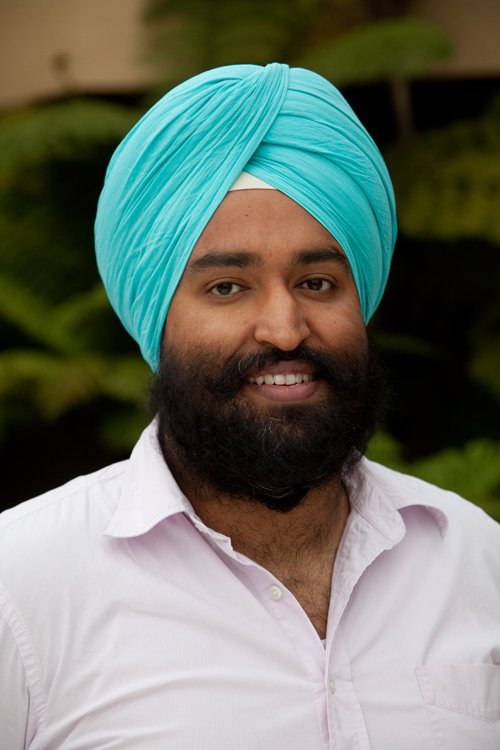 Rahuldeep Gill, an assistant professor of religion, was one of 25 college educators selected to participate in the Teaching Interfaith Understanding seminar at DePaul University in Chicago.

(THOUSAND OAKS, Calif. – Aug. 1, 2014) California Lutheran University has received a grant and an invitation to participate in a national seminar to expand its interfaith efforts.

CLU received an $8,000 grant funded by The Teagle Foundation and administered by the Interfaith Youth Core (IFYC) to strengthen interfaith studies in the curriculum. Faculty will consider expanding the interfaith components of two existing courses, including the religion course that all students take, and developing an interfaith course that would be taught by faculty from two disciplines. A sequence of courses in interfaith studies will also be considered.

Rahuldeep Gill, an assistant professor of religion from Winnetka, was one of 25 college educators selected to participate in the Teaching Interfaith Understanding seminar from Sunday through Thursday at DePaul University in Chicago. The IFYC, a nonprofit organization dedicated to building the interfaith movement on college campuses, is offering the seminar in conjunction with the Council of Independent Colleges. Funding from the Henry Luce Foundation is covering the conference costs for participants. The program is designed to deepen participants’ knowledge of different faiths, strengthen their teaching and help them develop interfaith curricula across academic disciplines.

American campuses have become more diverse religiously, and interfaith activities are expanding at many universities. The hope is that the college interfaith movement will counter religious illiteracy and insensitivity and produce a generation of leaders who will advance interfaith cooperation.

The university has added a rabbi to its Campus Ministry team and arranged for Catholic seminarians and local priests to present Masses. Resources added for people of different spiritual backgrounds include a labyrinth constructed behind Samuelson Chapel and prayer mats, incense and several sacred texts placed in the Wennes Interfaith Meditation Chapel.