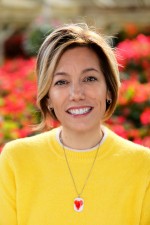 Diane Rodriguez-Kiino, Ph.D. is a professor at California Lutheran University, where she has taught in the Graduate School of Education since 2010. She is also a senior researcher with the Research and Planning Group for California Community Colleges (RP Group), supporting the implementation of California Community Colleges Guided Pathways. To date, she has assumed the role of lead evaluator or senior researcher for ten complex multi-year grants – privately and federally funded – that center on supporting underrepresented P-20 students. In 2014–15, she taught at the University of Tokyo and Tsuda College as a Fulbright Scholar in Japan. Upon return to the United States, she served on the Fulbright East Asia Peer Review committee, by invitation of the United States Department of State and the Institute for International Education. Diane has numerous peer-reviewed publications, book chapters, and technical reports in higher education. She holds a M.Ed. and a Ph.D. from the Rossier School of Education at the University of Southern California.