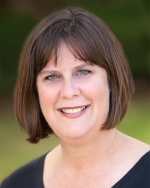 An attorney with a doctorate in communication theory and research, Dr. Docter brings a unique dimension to the Communication Department. Her research examines the way in which social factors influence the design of new communication technology and policy governing its use.  She also writes about the way in which the regulation of the Internet impacts freedom of expression.  Dr. Docter has received the President's Award for Teaching Excellence.  She also has twice been elected by the senior class as Professor of the Year, in 1999 and again in 2010.  Dr. Docter teaches courses in communication theories, freedom of expression and legal issues and new media.

Docter, S. (2016).  Why bloggers and journalists should be treated the same under the libel laws.  Paper presented at the National Communication Association for presentation at the 102nd Annual Convention, Philadelphia, Pennsylvania, November 10-13, 2016.  Recipient of the Robert M. O’Neil Award for Top Paper, Freedom of Expression Division.