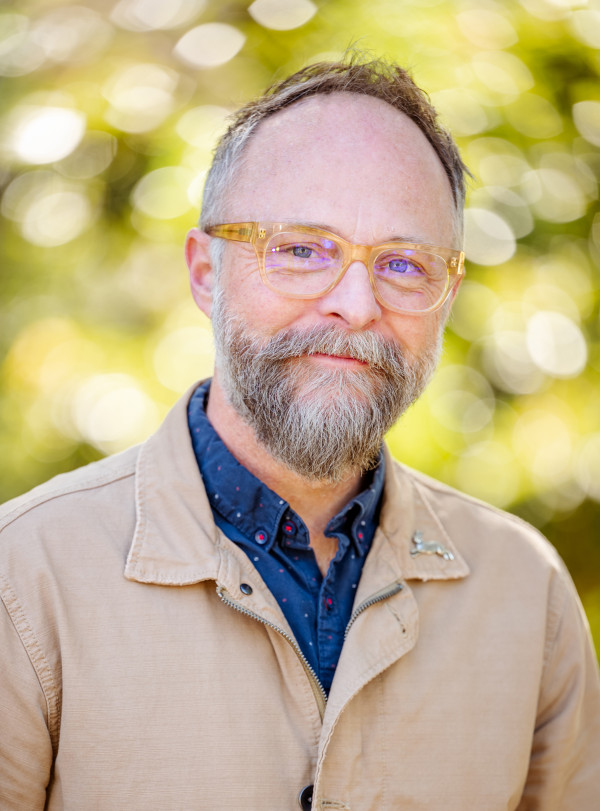 Associate Dean of Students & Faculty Affairs and Professor of Religion

I studied biology as an undergraduate and intended to go on to study medicine. While volunteering at L'Hopital Francais de St. Louis in Jerusalem after college, I discovered what would become a lasting fascination with the origins of Judaism and Christianity in Mediterranean antiquity. Instead of medical school, I went on to graduate school to study the history, languages, and cultures that formed the context for the emergence of Judaism and Christianity. Since arriving at Cal Lutheran in 2006, I have turned my teaching, scholarship, and advocacy toward religion and ecology, and land, food, and environmental justice. In 2009, along with several industrious students I founded the SEEd (Sustainable Edible Education) Project, which includes a small campus-based regenerative farm, experiential learning, and community education and outreach.

In addition to teaching and research, I serve on the Faculty Steering Committee of the Center for Equality and Justice and the board of directors of Los Padres ForestWatch and Slow Food Ventura County. I design and make furniture and household accessories using local, sustainable timber, read as much poetry and non-fiction as I can get my hands on, and go backcountry hiking and fly fishing whenever humanly possible. I am also currently working on a book on wilderness, craft, spirituality, and the possibility of human community in the Anthropocene.

I have written on early Jewish texts and traditions, focusing especially on the Dead Sea Scrolls and other material culture. I also have interests in archeology, the formation of early Christianity in its various manifestations, and the history of Jewish-Christian relations.

I also teach, research, and write at the intersections of religious and philosophical ethics, ecology/environment, and food studies. I have been a participant in the Yale Forum on Religion and Ecology, and work across academic boundaries to engage with practitioner-scholars, activists, and advocates for food and environmental justice.

The courses I regularly teach include Religion & Ecological Ethics, Religion, Food, & the Environment, The Bible in the Ancient World, and Religion, Identity, & Vocation.

For a full list of publications, please see my CV.