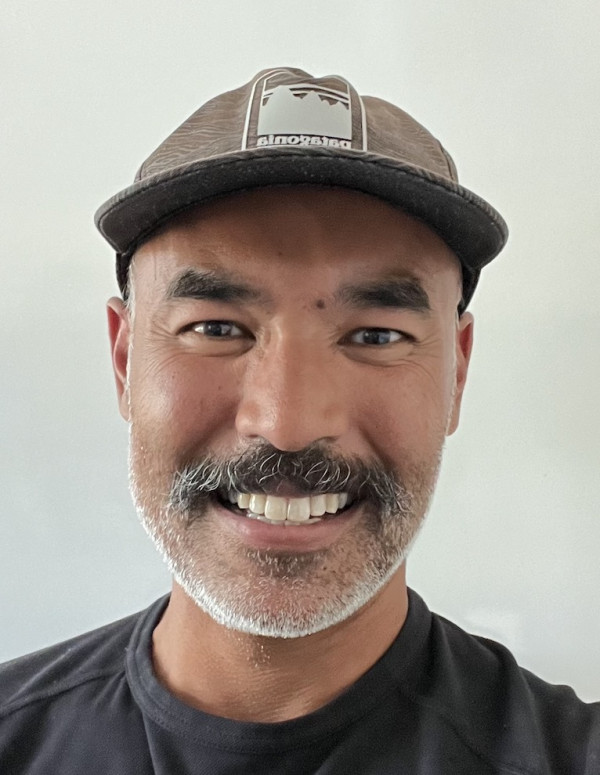 Vic's teaching and writing are in the fields of religious studies, environmental studies, and violence studies. He is working on a book on ecological humanism, which develops an Asian-American philosophy of nature supportive of environmental stewardship in the United States. Vic's earlier work on Rwandan community organizing and grassroots democracy involved research throughout Rwanda in collaboration with former Rwandan refugees and survivors of genocide.

He is chair of the Religion Department, and an affiliated faculty member in the Environmental Studies Program. Vic is also the founder and executive director of Runners for Public Lands (RPL), a regional environmental stewardship lab (and a 501(c)(3) nonprofit organization) where runners of all ages and abilities practice organizing and mobilizing runners for environmental justice and stewardship through advocacy and conservation. As an athlete, he is a member of the Microcosm community.

Running for the World

Our running trails are burning

Book on ecological humanism, which develops an Asian-American philosophy of nature supportive of environmental stewardship in the United States

"Religion, Forestry, and Democracy in Rwanda after Genocide," in Eco-Reformation: Grace and Hope for a Planet in Peril, eds. Lisa E. Dahill and Jim Martin-Schramm (Eugene, Oregon: Wipf & Stock, 2016). Review.

"Toward an Asian-American Philosophy of Nature: Thich Nhat Hanh on Wildness and Wellness," American Academy of Religion (Western Region), March 20, 2021.

"'Things Are Not Okay in Rwanda If You Shut Up': Community Organizing Practices and Human Rights Advocacy after Genocide," Society of Christian Ethics, Chicago, January 11, 2015.

"Toward a Rwandan Political Theology," Remembering the Past, Living the Future: Lutheran Tradition in Transition Conference, University of Uppsala, Sweden, October 9, 2013.

"On Religious Anarchism," Third International Conference on Religion and Spirituality in Society, March 9, 2013.