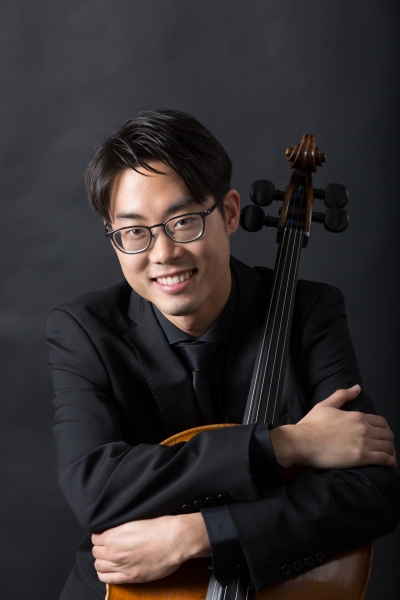 Described by the press as ‘a remarkable cellist who possesses both intellect and innate musicality... one of the finest cellists of his generation’ (Chopin music magazine), YOSHIKA MASUDA has performed throughout Australia, Japan, China, Mexico, USA, the UK and much of western Europe as a soloist and chamber musician. He is the winner of national competitions in Australia, Japan and the US, and was also awarded the prestigious YAMAHA Music Foundation of Europe String Award.

Chamber music forms the core of Yoshika’s musical endeavours, and he has performed alongside Peter Frankl, Bruno Giuranna, Gil Kalish, Alissa Margulis, Roger Tapping, Don Weilerstein and Qian Zhou. He is the co-founder of the SAKURA cello quintet and resident cellist for Salastina LA. For the 2020-21 season, he was also the cellist of the Rolston Quartet, with whom he toured Canada and Europe. Yoshika has performed at the festivals of Aldeburgh and Leicester in the UK, Festival Amfiteatrof in Italy, Kirishima Music Festival in Japan, and the Yellow Barn Music Festival, Music Mountain Chamber Festival, and Piatigorsky International Cello Festival in the USA.

His interests outside of the classical genre have led him to perform with artists such as Ben Folds at the Sydney Opera House and Pink Martini at the Hollywood Bowl. Yoshika is also featured on Leonard Cohen's last album 'You Want It Darker', which was released in October 2016 on Columbia Records.

Born in Kobe, Japan, Yoshika first started playing the cello at the age of five but moved to Australia as a young child where he began his studies with Georg Pedersen at the Sydney Conservatorium of Music. He then studied extensively with Hannah Roberts and Ralph Kirshbaum, whilst also receiving close musical guidance from Thomas Demenga and David Geringas. Yoshika graduated from the Royal Northern College of Music in the UK with distinction and received the Principal’s Prize along with the Leonard Rose Cello Award for outstanding achievement. He gained his D.M.A. from the USC Thornton School of Music.

Yoshika is currently the Assistant Professor of Cello and Director of String Studies at California Lutheran University and has previously served on the summer faculty of the Montecito International Music Festival and the Yellow Barn Young Artist Program.