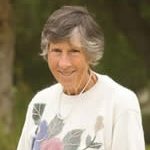 The CLU Alumni Association has selected Dr. Barbara Collins as 2008's recipient of the Honorary Alumna Award.  Dr. Collins was presented with the award during CLU’s undergraduate Commencement ceremony in May in the Mt. Clef Stadium.

Collins has been a mainstay of the CLU teaching community since she first stepped foot on campus 45 years ago.  The beloved Professor of Biology was a driving force behind the creation of CLU’s herbarium and arboretum, the latter of which was recently named in her honor.

Collins has authored four books on the flora of Southern California, six books on botany and biology, and has written numerous environmental impact reports for various projects in southern California.  She was also the recipient of the 2007 President’s Award for Excellence in Teaching.