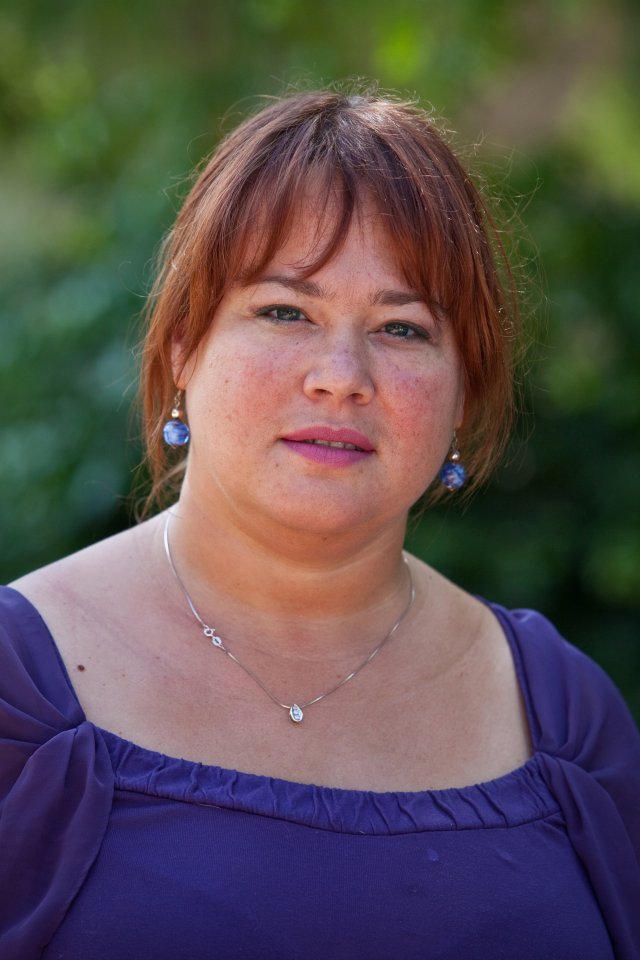 Rafaela Fiore Urízar, chair of the Department of Languages and Cultures and associate professor of Spanish and Latin American studies, received the 2021 President’s Award for Teaching Excellence during the virtual Honors Recognition event.

Rafaela Fiore Urízar, chair of the Department of Languages and Cultures and associate professor of Spanish and Latin American studies, received the 2021 President’s Award for Teaching Excellence during the virtual Honors Recognition event. The award was created in 1995 to recognize professors who are held in high esteem by their peers, students and the rest of the university community.

“It is clear that Dr. Rafaela Fiore Urízar is an inspirational and transformative teacher who personifies excellence in teaching,” President Lori E. Varlotta said in an online video for the virtual 2021 Honors Recognition.

Fiore Urízar, a native of Paraguay, is an energetic and interesting professor who has shared her passion for literature with many students in her decade at Cal Lutheran. She guides many students majoring in Spanish in developing research projects, submitting them to conferences and presenting them. She also helps students showcase their research in applications for graduate programs and employment.

The Thousand Oaks resident co-developed two interdisciplinary travel seminars. She taught “Treasures of Peru” with a history professor and “Barcelona Through the Looking Glass” with a mathematics professor. She also has helped students find internships in areas that interest them, such as with the Mixteco Indigena Community Organizing Project in Oxnard and Thousand Oaks’ Glenwood Elementary School, where 95% of the students are Spanish-speaking.

Fiore Urízar mentored Marina Álvarez, a Simi Valley resident who graduated in 2015 with majors in Spanish and global studies, in studying Latina graffiti artists in Los Angeles and publishing her findings in a peer-reviewed cultural studies journal. Álvarez earned a master’s in Latin American studies at Loyola University Chicago, served as a 2019 Smithsonian Latino Museum Studies Fellow and is now completing a master’s in museum and exhibition studies at the University of Illinois at Chicago.

Another student Fiore Urízar mentored, Alicia Nuñez of Canoga Park, published her research on the contemporary punk scene in East Los Angeles in an international, peer-reviewed journal before graduating in 2015 with a double major in Spanish and psychology. Nuñez is now completing her dissertation, “Shadow Kids: The Child in Central American Migrant Narratives,” as a doctoral student at Northwestern University and teaching in the Northwestern Prison Education Program.

In the online acceptance speech Fiore Urízar gave in English, Spanish, Portuguese and Guarani, she said she hopes students leave Cal Lutheran “with a greater sense of wonder and a desire to inquire and to value knowledge for its own sake.”