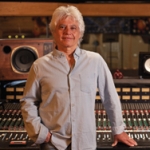 Office Hours: Tuesday and Thursday 11-4pm by appointment only

Benny Faccone is one of the most decorated audio engineers in the music industry. He is the winner of 17 Grammy Awards, with the most recent coming in 2013 for Draco Rosa's "Vida", which was named Album of the Year at the 2013 Latin Grammy Awards, and Best Latin Pop Album at the 56th Annual Grammy Awards. Also won a grammy for Santana's "Supernatural" ablum. Multiple grammy's for Mana, Ricky Martin.