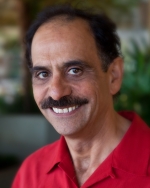 Dr. Brint has been a visiting professor at Stanford University; an assistant professor of government and foreign affairs at University of Virginia; Thomas Jefferson Professor at Cambridge University, England; and, immediately prior to coming to CLU, was Director of the Integrated Program in Humane Studies and Associate Professor of Humane Studies at Kenyon College in Gambier, Ohio. From 2000-2005, Dr. Brint served as CLU's Dean of the College of Arts and Sciences and Professor of Political Science.  In 2006, he was named the Uyeno-Tseng Professor of International Studies.  As an alumnus of Balliol College, Oxford, he developed a study abroad program to Oxford University and Europe in 2008 and now serves as the program's permanent faculty director.

Diversity Professor of the Year (twice at CLU)

Politics, Philosophy, and the Arts

The political and theatrical works of Jean-Jacques Rousseau

Politics and Love (in progress):  A meditation on the politics of friendship, forgiveness, compassion, trust, and belonging.

Identity, Culture, and Nationalism in the Age of Globalization, ed. with Reneo Lukic (London: Ashgate, 2001)

An analysis of the impact of information technology on education, on culture, and on our changing conceptions of national identity.

A look at classic works in political theory from the perspective of the dramatic arts focusing particularly on the ethics of diversity and difference.  Translated into Chinese (2012)

On the Other : Dialogue And/or Dialectics with Roy Wagner, Richard Rorty, Robert P. Scharlemann (Charlottesville, VA:  University of Virginia Press, 1992)

Pragmatism in Law and Society, ed. with William Weaver (Harper-Collins, 1992)

A critical analysis of the ethical, legal, and social implications of pragmatism by such authors as Richard Rorty, Stanley Fish, and Ronald Dworkin.

An argument for a collaborative and multidisciplinary approach to the study of political culture in particular and the examination of the liberal arts more generally.  Translated into Chinese (2012)

Jean-Jacques Rousseau’s works of performance art (drama, music, and dance) are analyzed in relation to his political theory.

Variations on Love and Politics (in progress)

Director of Design and Project Manager:  Evaluation and Assessment Program for Education-A data collection, reporting, and management system devised to provide a holistic approach to understanding and improving student learning.

*Created as part of my CAO duties for Laureate Software Inc. SELECTED ARTICLES

“What Difference Does Anti-Foundationalism Make to Political Theory?” with William

“Identity and Difference in Christine de Pizan's City of Ladies,” with Margaret Brabant, in

81-101, in Constitutionalism and Human Rights: America, Poland and France, ed.

“The Liberal and the Practical Arts,” AAC&U National Conference, 2002 (forthcoming)

“The Transformative Gift: A Definition of Liberal Learning,” Kenyon College, 2000

“Putting the `E' Back into Différance,” Center for Advanced Studies, May 1990