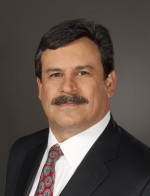 Bob Bushnell has over 35 years of domestic and international business experience in aerospace and defense, and telecommunications.  He is currently the Vice President of Requirements and Capabilities  for Secure Sensor Solutions, a $2.5B unit of Raytheon’s Intelligence and Space business.  He spent 25 years with Hughes Aircraft Company and, later, Raytheon Company, after it acquired Hughes. At Raytheon, Bob has received multiple awards for Business Development Excellence, the highest recognition for excellence in his field.  He also served as Group Vice President, Strategy and Business Development  for L3 Harris’ Integrated Sensor Solutions Sector and on the executive leadership team at Northrop Grumman’s Navigation Systems business, formerly Litton Industries.

Over the course of his career, Bob Bushnell has sold highly complex military and commercial systems in some of the world’s most challenging markets such as the Middle East, South and Southeast Asia, and Europe. He has negotiated a wide range of international business transactions including special mission aircraft for Intelligence, Surveillance, and Reconnaissance missions; telecommunications satellites, joint ventures, and strategic alliances, several in excess of $1 billion. While at Hughes, he helped launch the hugely successful direct-to-home satellite television service, DirecTV.  Prior to joining Hughes, Bob Bushnell spent seven years with LTV Aerospace and Defense as a marketing executive.

He holds a Bachelor of Science degree from Pepperdine University, an MBA degree from California Lutheran University and has completed graduate management programs at the University of Southern California and the University of Michigan. In 2012, Bob Bushnell was honored by CLU as a Silver Anniversary Alumni, one the School of Management's top 25 distinguished MBA graduates.  He also serves as a member of the School of Management’s Advisory Council. Bob Bushnell is an Adjunct Professor at California Lutheran University where he teaches Strategy Development in a Global Context in the Executive MBA program.