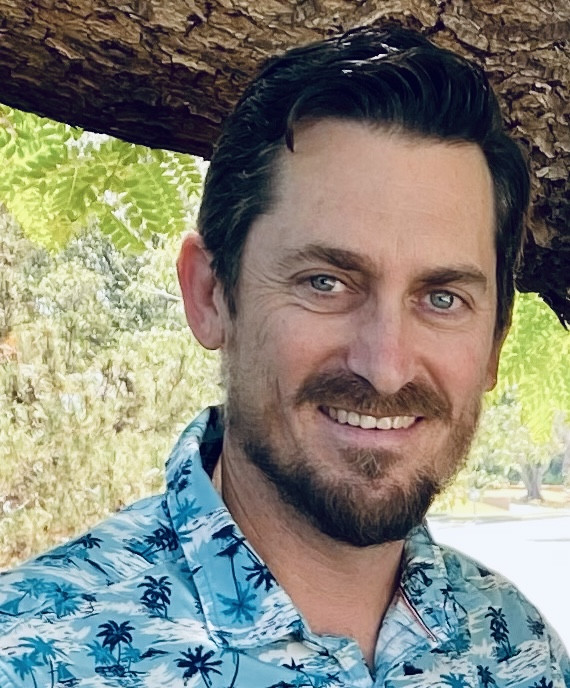 Dr. Barber is a cell biologist.  Research in his laboratory with undergraduate students focuses on aspects of cell-cell and cell-matrix interactions.  Mentored project areas include:

Dr. Barber's lab works with human and mouse cell lines in vitro as model systems, in addition to canine tissue.  With the help of local veterinary clinics we acquire biopsies of canine tumors and study them in the lab.  Our projects focus on the cell surface receptor molecules called integrins.  These receptors allow attachment of cells to each other and also to their surroundings.  We study the effects of blocking the adherence of these receptors in various cell types and assaying the behavior of the cells.  Integrins are an attractive target for therapy in human cancers and may be in canine cancers as well.

Before beginning his graduate work, Dr. Barber received a Masters from Cal. State Univ., Northridge (Master's candidate) in Biology, with a thesis focusing on reproductive biology, specifically sperm-egg interactions.  He then began a research stint at UCLA in the department of Radiation Biology for 2 years in the lab of Dr. William McBride and Dr. Keisuke Iwamoto.  Dr. Barber contributed to several publications with his work there and subsequently started a Ph.D. program at UCLA.

During his graduate work in the lab of Luisa Iruela-Arispe, Dr. Barber's research was in two main areas: vascular biology (the study of blood vessels and their formation) and developmental hematopoiesis (the generation of blood cells).  After completing his Ph.D. in Molecular Biology, he taught as a Lecturer at UCLA in several different courses including Developmental Biology and an honors course in Human Aging. In 2008,  he started a Post Doctoral Fellowship in the lab of Ken Dorshkind at UCLA. There he studied lymphocyte progenitors and the molecular mechanisms in B cell differentiation.

Stem cell biology, immunology, hematopoiesis (the process of generating blood cells from bone marrow stem cells), vascular biology, reproductive and developmental biology.  His research interests at C.L.U. include cell-cell and cell-matrix interactions and how they affect cell growth and differentiation.

2015-2018: Keck Institute for Undergraduate Education: Equipment Grant for a Flow Cytometer to be used in undergraduate education.