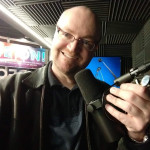 David is an experienced senior leader with over 20 years of background in project management, consulting, education, process improvement and mentoring.  David has been with Bank of America since 2004, with his current role as a Senior Vice President, Senior Delivery Lead focusing on strategy for the Consumer Lending Technology department.  In 2014 and 2016, Bank of America awarded David with the highly selective "Diversity & Inclusion Global award," an honor given to less than 1% of the Bank's team for those who strive to promote diversity and inclusive environments.  Before Bank of America, David worked in Big 5 consulting firms, including Arthur Andersen, KPMG Consulting and BearingPoint.  BearingPoint awarded David the Beacon Award for his efforts on the Honda Financial project.

In addition to his corporate experience, David has taught at over four universities in the subjects of project management, process improvement, organizational behavior and leadership.  His active educational involvement is with Cal Lutheran University, where he created a Project Management course for the Executive MBA program, as well as with National University where he created a Process Improvement Management course for their undergraduate program.  From 2003 - 2005, David also was part of the volunteer leadership team for the Covenant House of Southern California, which looked to help displaced youth with transitional services and care.  David is a Board Member for the non-profit emergency foster care service, Central Texas Table of Grace (CTTG).  He also serves on the Inaugural Advisory Board for the UCLA Bruin Project Management Initiatives organization.

David's educational background includes a Bachelor's of Science in Business Administration (with an emphasis on Information Systems), and a minor in Sociology, from the University of Southern California - Marshall School of Business.  As well as a Master's of Business Administration (MBA) from the University of California, Los Angeles - Anderson School of Management, where he was selected as both a Global Access Program + Easton Fellow.  Additionally, David has been certified as a "Project Management Professional" (PMP) since 2005.