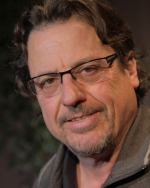 David Grannis M.F.A., is an Associate Professor and the former Director of the Film and Television Program at California Lutheran University.  David Grannis is one of the founders of the Film and Television Program at CLU. He has been a judge for the Television Academy Foundation's internship program and student Emmy's for the last seven years. He served as Director of Service-Learning at CLU from 2017 - 2022. He is also the founder of the CLU Annual Film Festival which just celebrated it's 25th year.

Before coming to Cal Lutheran, David worked as a sound editor for Hollywood feature films. His sound editing credits include films such as What About Bob, Sister Act and Mississippi Burning. Before becoming a tenured faculty, he served as the Director of Educational Technology at Cal Lutheran.

He has been elected to the post of Southern California Regional Director, Vice President 2006, President 2007 and Past President 2008, for DET/CHE (Directors of Educational Technology for California higher education) and was a board member for ETC Channel 21, Conejo Valley's educational television station.

In 2017 he produced a documentary on the drought in southern California called Turf Wars: SoCal Water Conservation. Combat Drought Productions © 2017.

A film by David Grannis