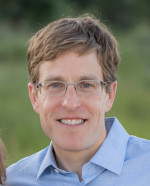 Professor Kingsbury was born in the suburbs of Syracuse NY, the son of hardworking mechanical engineer and craftsman. It was hours spent tinkering alongside his father that taught Jason how to be undaunted by the most challenging technical problems. Upon graduating from a small public high school, Jason moved to Hamilton College in Clinton, NY. In 1997, he earned his B.A. degree in Chemistry and was honored as the salutatorian of his graduating class. Armed with awareness that benchwork and biomedical research were his passions, Jason moved to Boston College and began doctoral studies in the labs of the renowned organometallic chemist Amir Hoveyda. From 1997-2003, Jason was funded by predoctoral fellowships from GAANN and the National Science Foundation. In 2003, he received his Ph.D. and began a post-doc at Harvard University in the labs of Nobel laureate E. J. Corey. There, he discovered new strategies for chemical synthesis of complex natural products containing strained medium rings and was funded as a National Institutes of Health postdoctoral fellow. In 2006, Jason began his independent career at Boston College, receiving a grant from the ACS Petroleum Research Fund to explore applications of important donor-acceptor reagents known as diazoalkanes. In 2012, he made another move to complement his research with innovative teaching. After a visiting appointment at Pomona College in Claremont CA, Jason was lured by the unprecedented growth happening in the natural sciences at California Lutheran in Thousand Oaks. Factors included an outstanding, highly motivated, and diverse student body, a universal celebration of experiential learning, and a clear promise of new state-of-the-art science facilities. Now, eight years later, he maintains a relentless drive to help undergraduate scholars connect with and ignite their scientific careers. Jason’s research interests span new synthetic methodologies, total synthesis, and the biomedical and materials applications of fluorescent dye molecules. A tie that bonds his team together is designing and engineering at the molecular level. A mentor in both the classroom and the laboratory, Jason enjoys putting students into places that allow them to experience the exhilaration of discovery.