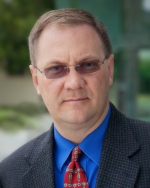 Kirk M. Lesh, Ph.D., is a member of the CLU faculty.  Prof. Lesh teaches undergraduate and graduate courses in CLU’s School of Management. Along with two other economists, he helped launch CLU’s master of science in quantitative economics program. Prior to his work at CLU, Prof. Lesh was the Real Estate Economist at the Economic Forecast Project at University of California, Santa Barbara, where he prepared and presented annual real estate forecasts for several communities in central California. Prof. Lesh has served as a consultant to several businesses and organizations, including Santa Barbara County and NAI Capital, Inc. His work at CLU and University of California, Santa Barbara has given him the opportunity to speak at numerous seminars throughout the state, and he is often quoted in periodicals as an expert in real estate economics. Prof. Lesh has worked as a manager of finance for several companies in Orange County, where he helped merge two large companies, created a new financial reporting system, and secured a second public offering. Prof. Lesh completed his doctorate at UCSB in 2014. He earned his M.B.A. from the University of California, Irvine in 2000 and holds bachelor’s degrees in finance and economics from the University of Colorado, Boulder.

BA in Finance and Economics, University of Colorado, Boulder