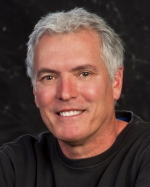 Dr. Wyant Morton is in his 27th year as conductor of the California Lutheran University Choral Ensembles, which includes the Cal Lutheran Choir,Women’s Chorale, andAreté Vocal Ensemble, a chamber choir he founded in 2009 comprised of students, alumni, faculty and local professional level singers.  Morton joined the faculty at Cal Lutheran in 1992 where he is Professor of Music and Director of Choral Activities.  He served as Chair of the Music Department from 1998-2013 and 2018-2019.  In addition to his primary responsibility of overseeing the work of the Choral Ensembles, Morton teaches classes including Fundamentals of Conducting and Choral Conducting.  Off-campus, Morton is the choir director at Ascension Lutheran Church in Thousand Oaks.  He also maintains an active schedule as a guest conductor, clinician and adjudicator appearing annually in festivals throughout the United States and Canada.

In recent seasons, Morton was honored to prepare the Cal Lutheran Choral Ensemblesfor performances with the New West Symphony (Gloria by Francis Poulenc in 2017 with Kynan Johns, The Planets by Gustav Holst in 2016 and Daphnis et Chloé in 2015 with Marcelo Lehninger). In 2012-13, Morton conducted concerts with Areté Vocal Ensemblein collaboration with the Los Angeles Philharmonic’s Minimalist Jukebox Festivalcurated by composer John Adams, and the Los Angeles Opera’s Britten 100/LA Festival, commemorating the centenary of composer Benjamin Britten. Areté will collaborate with the Los Angeles Opera again this 2017-18 season in the Leonard Bernstein Centenary.

As part of recent East Coast Tours with the Cal Lutheran University Choir, Morton was honored to conduct in Carnegie Hall and Avery Fisher Hall at Lincoln Center in New York City.  Other historic and significant venues in which Morton has conducted include Coventry and York Minster Cathedrals (England), Bergen Cathedral (Norway) and St. Jakob’s Church (Stockholm, Sweden), St. Marks Basilica (Venice, Italy), the Basilica of St. Peter in the Vatican, St. Thomas Church (Leipzig, Germany), and the Berlin Cathedral.  The choir toured Spain in 2018.

In 2014, Morton received the Cal Lutheran Honorary Alumni Award.  He also received CLU’s President’s Award for Excellence in Teaching (2009), was voted Professor of the Year (2001), and received the Positive Impact Recognition and Masters of Mentoring awards at CLU.  Morton is also the recipient of the University of Arizona School of Music’s Alumni Award for Excellence in Performing and Teaching.

A native Californian, Morton completed his undergraduate degrees at Gonzaga University in Spokane, Washington and earned his Master of Music and Doctor of Musical Arts degrees from the University of Arizona in Tucson, where he studied with Maurice Skones.  Additionally, Morton has studied in workshops with and performed under several other eminent conductors including Helmuth Rilling, Eric Ericson and Robert Shaw.

Morton holds memberships in several professional organizations including the International Federation of Choral Music (IFCM), Chorus America, the American Choral Directors Association (ACDA), the National Collegiate Choral Organization (NCCO), the National Association of Teachers of Singing (NATS), the Southern California Vocal Association (SCVA), the Music Educators National Conference (MENC) and the Association of Lutheran Church Musicians (ALCM) for whom he served as President of the Western Region overseeing the work of the association in 13 states and 5 Canadian provinces.

Morton completed his undergraduate degrees at Gonzaga University in Spokane, Washington and earned his Master of Music and Doctor of Musical Arts degrees from the University of Arizona in Tucson.