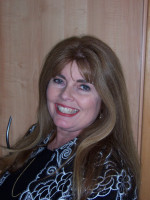 Professor and Chair of History

Dr. Reaves earned her Ph.D. in History from the University of California at Santa Barbara.  She specializes in American history, with an emphasis in socio-cultural history. Her dissertation work was on the social organization of agrarian societies in California in the 1870s. She has published multiple articles and several reviews, including an essay for the Alexander Street Database on fractious farmers. Her book, Filling in the Pieces: Women Tell Their Stories of the 20th Century was published in June 2021, based on collaboration with class oral histories.  She has been chosen Professor of the Year three times by the senior classes at Cal Lutheran and received the President’s Award for Teaching Excellence. From 2008 to 2011, she collaborated with the Moorpark Unified School District to bring a Department of Education grant for Teaching American History to three local school districts. In 2011, the Central Intelligence Agency collaborated with her Cold War class to “Declassify the Cold War.” Beginning in 2015, she has headed up the California Lutheran University Lecture series, with funding from 2018-2020 years coming from the Gladys Krieble Delmas Foundation.  With experiential learning a part of several classes, Dr. Reaves oversaw a grant in 2017 from the Library of America in Remembrance of World War I, which allowed for the creation of archives compiled from the stories of WWI veterans as told to their children and Cal Lutheran students. Last summer Dr. Reaves’  created lesson plans for “Global Washington” Situation Room Experience 2 (SRE2), titled "Washington's Cabinet," which are teacher-generated, written lesson plans to feature on new SRE2 website for the Ronald Reagan Presidential Library and Museum.  Finally in 2020-21,"In Your Own Backyard: Civil Liberties Then and Now” a California State Library Civil Liberties grant will be used to create lesson modules covering five historical events that link the Japanese American incarceration to the civil liberties challenges of other communities and populations, including Hispanics, African-Americans, Chinese, and the mentally ill.