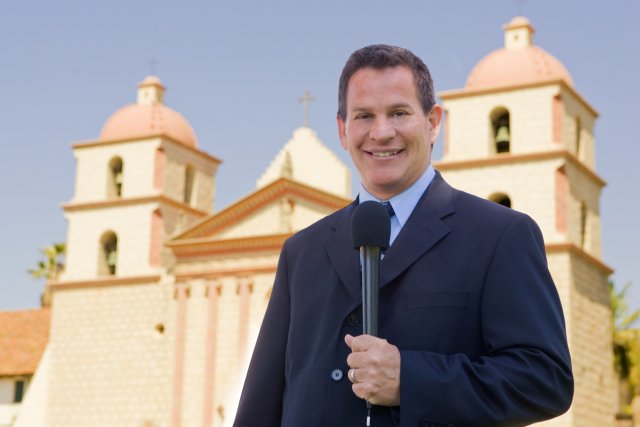 Lance Orozco will pick up the 2018 National Society of Professional Journalists Sigma Delta Chi Award for Best Radio Breaking News Reporting among small-market stations for his live coverage of the Borderline Bar and Grill shooting and the Hill and Woolsey fires.

Orozco will pick up the 2018 National Society of Professional Journalists (SPJ) Sigma Delta Chi Award at the National Press Club for Best Radio Breaking News Reporting among small-market stations for his live coverage of the Borderline Bar and Grill shooting and the Hill and Woolsey fires.

As the station’s only full-time news employee, Orozco was in the field covering both major disasters for 10 straight days. He reported on the tragedies for not only KCLU, but also National Public Radio and other stations around the country.

KCLU also received many regional awards this year. In May, the Associated Press Television and Radio Association named Orozco Small-Market Reporter of the Year in the western United States for the 11th time and honored him for Best Continuing Coverage for his reporting on the shooting and fires and Best Sports Coverage for his story on a golfer playing his 10,000th round. In April, Orozco picked up two 2018 Edward R. Murrow awards for small-market stations in California, Hawaii and Nevada — Best Breaking News Coverage for his live reporting on the Borderline shooting and Excellence in Sound for his story on an Ojai man who handcrafts violins and other string instruments. In January, Orozco, KCLU weekend reporter Debra Greene and the entire news staff received seven Golden Mike awards for Best Individual Writing, Best Continuing Coverage, Best Live Reporting, Best Entertainment Reporting, Best Government and Political Reporting, Best Medical and Science Reporting and Best Use of Sound among small stations in the region stretching from San Luis Obispo and Fresno to the Mexican border.

To listen to excerpts from Orozco’s coverage of the shooting and fires, go to https://www.kclu.org/post/borderline-bar-and-grill-attackhill-and-woolsey-fires#stream/0

KCLU, a community service of California Lutheran University in Thousand Oaks, provides NPR and local news programming to 130,000 weekly listeners in Ventura County at 88.3 FM, southern Santa Barbara County at 1340 AM and 102.3 FM, Santa Maria at 89.7 FM, San Luis Obispo at 92.1 and online at KCLU.org.