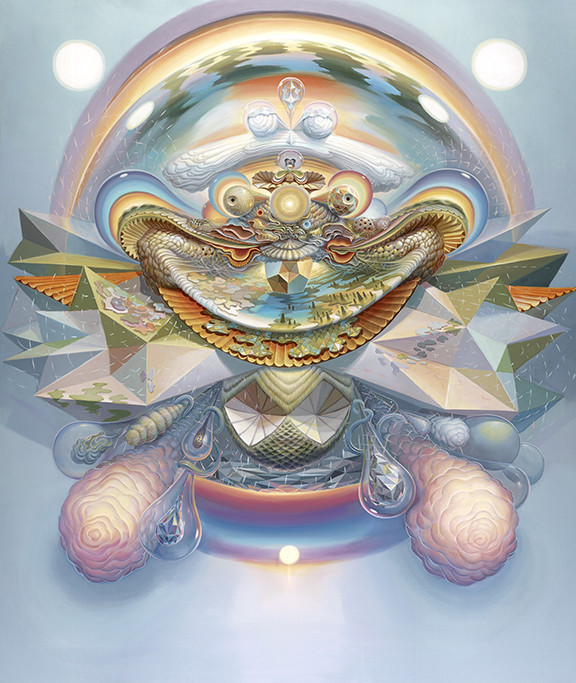 The Otherworld is an exhibit of visionary paintings by artists who imagine the world as another place, where alternatives to everyday reality are made manifest, and landscapes, animals and people are transformed. The paths to this other world — chemical, religious and imaginative —are all treated with equal respect in the exhibit, which seeks the common ground that lies between psychedelic explorations of the Californian hippie movement; science fiction and fantasy; visions born of the contemporary spiritual imagination; and artistic conceptions of how the world might be re-created.

The visionary art movement began in California in the 1930s as a spiritual practice inspired by young German immigrants who brought with them the ideas of the anti-authoritarian Wandervögel movement. Subsequent ecstatic imagery of the 1960s back-to-nature movement overlapped with psychedelic art, offering a countercultural quality. Because most early visionary artists were untrained outsiders, their work had a somewhat naive aesthetic, but as the genre matured, its paintings became increasingly sophisticated. Techniques have evolved from early airbrush work to the incorporation of complex digital art, and the range has expanded to include grisaille painting and old masters’ techniques. The subject matter has expanded, too, influenced by developments in technology and neuroscience.