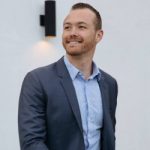 Oliver Thornton ’16 perceives his Asperger’s syndrome as a gift. Diagnosed at only two years old and shortly after his brother’s own diagnosis of autism, Oliver grew up overcoming many social challenges that people on the autism spectrum face. He credits his supportive family with helping him develop critical social and communication tools, and Cal Lutheran for setting him on a path of academic success.

Coding Autism won Cal Lutheran’s New Venture Competition in 2016 and the Crowd Invest Summit Pitch Competition in September 2017, and participated as a finalist in the Massachusetts Institute of Technology’s Solve Global Challenges at the United Nations. In addition, Oliver and his partners crowdfunded over $90,000 to help start up their business and successfully launched their first cohort of students in May 2018. Oliver hopes that Coding Autism helps people see autistic individuals as meaningful additions to the workforce, bringing a unique type of diversity -neurodiversity- to their businesses.

Born and raised in Los Angeles, Oliver now splits his time between Coding Autism and a real estate career with his father. He is confident that his entrepreneurial mindset, his drive to support the autism community and his gift of Asperger's syndrome helps Coding Autism succeed. In the future, Oliver hopes to be one of his generation’s most influential advocates of the autistic community.