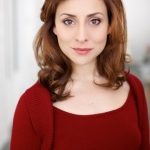 At home on both the operatic and concert stage, Jacquelynne Fontaine was called “a soprano new to us, and all the more wondrous for that” by Alan Rich, reviewer for the NY and LA Times.

Recent operatic lead roles include: Violetta in La Traviata, Susanna in Le Nozze di Figaro, Pamina in The Magic Flute, Donna Anna and Donna Elvira in Don Giovanni, and Ilia in Idomeneo.  She made her professional operetta debut performing Kathie in The Student Prince with the Pittsburgh CLO and was named a “charming and vivacious actress” in Talkin’ Broadway.

Musical theater credits include: Countess Charlotte in “A Little Night Music” with the Indiana Repertory Theatre, The Ragazza in the World Premiere New Musical “A Room With a View” at the Old Globe Theater in San Diego, Anna in “The King & I” with Opera North, and Elsa in “The Sound of Music” at North Shore Musical Theater, for which she earned a IRNE nomination for Best Supporting Actress.

In 2006, Miss Fontaine was crowned Miss California, and placed in the top ten at Miss America 2007, also winning the talent award for her performance of Puccini’s “Vissi d’arte”. She recently competed her second year of doctoral studies at the Thornton School of Music, and currently studies with David Jones in New York City.

Jacquelynne is currently starring as Carlotta Giudicelli in the National Tour of Andrew Lloyd Webber's "The Phantom of the Opera", coming to the Pantages Theater from June-August 2015. She is a member of the Actors Equity Assocation (AEA) and represented for classical engagements by John Miller of Pinnacle Arts Management, and by Professional Artists for Musical Theater/Stage engagements.

Jacquelynne is currently starring as Carlotta Giudicelli in the National Tour of Andrew Lloyd Webber's "The Phantom of the Opera", coming to the Pantages Theater June- August 2015.