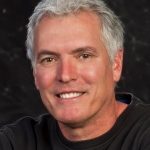 Dr. Wyant Morton is Professor of Music and Director of Choral Activities at California Lutheran University in Thousand Oaks where he joined the faculty in 1992. He served as Chair of the Music Department from 1998 to 2013. In addition to his primary responsibility of overseeing the work of the CLU Choir, Morton conducts all of the choral ensembles in the Music Department, teaches conducting and supervises the voice faculty. He also maintains an active schedule as a guest conductor, clinician and adjudicator appearing throughout the United States and Canada.

Born in Los Angeles, Wyant Morton is Music Director and Conductor of Areté Vocal Ensemble, a professional chamber choir he founded in 2009.  Areté celebrates it's fifth anniversary this season by partnering with the Los Angeles Philharmonic in the "Minimalist Jukebox" festival. The singers enjoyed a similar collaboration last season with Los Angeles Opera in their "Britten 100/LA" festival commemorating the centenary of the birth of composer Benjamin Britten.

In 2008, as part of an East Coast Tour with the CLU Choir, Morton was honored to conduct in Avery Fisher Hall at Lincoln Center in New York City. On a similar tour in 2011, he made his debut in Carnegie Hall. Other significant venues in which Morton has conducted include Coventry and York Minster Cathedrals (England), Bergen Cathedral (Norway), St. Jakob's Church (Stockholm, Sweden), St. Marks Basilica (Venice, Italy) and the Basilica of St. Peter in the Vatican (Rome). In 2015, the CLU Choir will tour Germany performing in significant venues related to Martin Luther and J.S. Bach.  Morton has also conducted performances for the California Music Educators Association (CMEA) Convention.

A native Californian, Morton completed his undergraduate degrees at Gonzaga University in Spokane, Washington and earned his Master of Music and Doctor of Musical Arts degrees from the University of Arizona in Tucson, where he studied with Maurice Skones. Additionally, Morton has studied in workshops with and performed under several other eminent conductors including Helmuth Rilling, Eric Ericson and the late Robert Shaw.

Morton holds memberships in several professional organizations including the International Federation of Choral Music (IFCM), Chorus Amnerica, the American Choral Directors Association (ACDA), the National Collegiate Choral Organization (NCCO), the National Association of Teachers of Singing (NATS), the Southern California Vocal Association (SCVA), the Music Educators National Conference (MENC) and the Association of Lutheran Church Musicians (ALCM) for whom he served as President of the Western Region overseeing the work of the association in 13 states and 5 Canadian provinces.