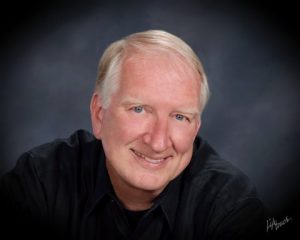 Dr. Dennis J. Erickson found his passion for physics through his liberal arts undergraduate education at Augsburg University, a sister Evangelical Lutheran Church of America (ELCA) affiliated school. An active member of his ELCA community, he was called in 2007 to serve on Cal Lutheran’s Board of Regents, where he spent 12 years focusing on academic and student affairs. At his first Board of Regents meeting, he voted to approve the appointment of University President Chris Kimball (‘08-’21), and subsequently helped oversee the university during a time of tremendous growth, from campus expansion to becoming a Hispanic Serving Institution. Erickson is also a strong advocate for Cal Lutheran’s growing STEM programs. He served on advisory committees for the construction of the new Swenson Science Center and was an early donor to the project. He has a Ph.D. in physics from the University of Tennessee and spent his 35-year career at the world-changing Los Alamos National Laboratory in New Mexico. Over the course of his career, he directed key Laboratory organizations, oversaw core mission programs, participated in historic international exchanges, and led nuclear research and development during the Cold War era. In retirement, he has been involved with his local historic society and community development projects, becoming an esteemed public servant. He and wife Mary Lou take great pride in the lives and accomplishments of their three children, spouses and four grandchildren. Not surprisingly, Dr. Erickson remains a committed Cal Lutheran champion and keeps up with the university community through interactions with staff, former colleagues and special friends.