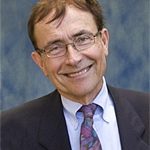 The CLU Alumni Association has selected Sig Schwarz, professor of English, as the recipient of the 2010 Honorary Alumnus Award.

Schwarz and his family came to the United States from Germany when he was 6 and settled in the Midwest. He began teaching at CLU in 1970 and joined the faculty two years later. He teaches courses on non-Western writers and emphasizes the voices of African Americans, Native Americans and Chicanos in his writing and literature classes. A passionate and supportive professor who has impacted the lives of many students through the years, Schwarz received the President’s Award for Teaching Excellence in 2005.

He is a Woodrow Wilson Fellow, National Defense Education Act Fellow and National Endowment for the Humanities Fellow. An expert in Asian Pacific and minority studies, he has conducted research on indigenous authors in Fiji and on the subjects of romanticism and phenomenology. During sabbaticals and occasional summers, he has taught at The University of the South Pacific in Suva, Fiji, where he developed an ongoing interest in the area of post-colonial studies, a focus that has only sharpened his passion for human rights.

With grateful appreciation for the contribution he has made to students and the campus community for 38 years and counting, the Alumni Association is proud to honor Dr. Sig Schwarz.