The Music Department Outstanding Alumnus/a Award is in recognition of exemplary dedication to and distinguished achievement in music throughout the individual's career.

To nominate an Oustanding Alumnus/a for the Music Department or a Cal Lutheran alumnus/a in general, please visit the Alumni Awards website. 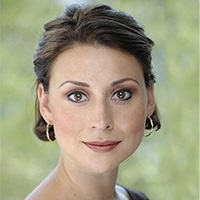 Fontaine has won top honors in many vocal competitions. The soprano was a 2011 Loren Zachary Grand National Finalist, a semifinalist in the 2010 international Competizione dell’ Opera in Dresden and a 2009 Metropolitan Opera National Council Auditions Western Regional Finalist.

Recent operatic lead roles include Violetta in “La Traviata,” Susanna in “Le Nozze di Figaro,” and Donna Anna and Donna Elvira in “Don Giovanni.” Equally at home in musical theater, Fontaine’s credits include Countess Charlotte in “A Little Night Music” with the Indiana Repertory Theatre, Ragazza in the world premiere of the musical “A Room With a View” at the Old Globe Theater in San Diego, and Baroness Elsa Schrader in “The Sound of Music” at North Shore Musical Theater, for which she earned a Independent Reviewers of New England nomination for Best Supporting Actress.

Fontaine was named Singer of the Year by the Los Angeles chapter of the National Association of Teachers of Singing. She has taught voice and piano since her Cal Lutheran days.

Fontaine recently played the major role of Carlotta Giudicelli, an opera company prima donna, in the national tour of Andrew Lloyd Webber’s “The Phantom of the Opera.” The productionwas at the Hollywood Pantages over the summer. 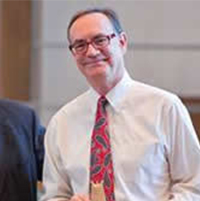 In the Los Angeles film and television music scene, Marshall has worked as arranger, orchestrator, conductor, copyist, proofreader and librarian with top professionals on hundreds of projects. With the Disney Music Library for over 20 years, he can be found prepping musicians, conducting the orchestra, and being the “ears” for the composer in the recording booth. Recently he’s worked on Pirates of the Caribbean, Transformers, Cars 2, Super 8, Cowboys & Aliens and Mission: Impossible.

Recently Bowen was featured in an article in the magazine The Lutheran. To read an exerpt online, please click here. 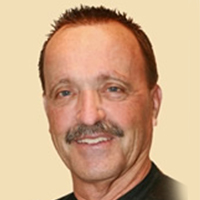 Mr. Sonstegard graduated from California Lutheran University in 1967 with a Bachelor’s Degree in Music with an emphasis in Organ Performance.  He received his Master of Music Degree in Conducting from California State University, Northridge.  Early in his career he played trumpet in the Los Angeles Rams Band at both the Coliseum and Anaheim Stadium playing for two Super Bowls.

Howard spent 25 years as a Jr. High School Music Teacher in Camarillo, directing the Marching Band and Choir.  Howard was Principal Trumpet with the Conejo Valley Symphony Orchestra for 30 years and was the Conductor for the Conejo Symphony Orchestra for 5 years.  He played trumpet for Theater League musical productions for a number of years at the Arts Plaza in Thousand Oaks and Glendale for such productions as Chorus Line, South Pacific and Kismet.  Mr. Sonstegard has served as an adjudicator and clinician at Pepperdine University, Bel Air Presbyterian Church, and throughout Southern California.

Howard has been the Director of Worship & Music and Chancel Choir director at Ascension Lutheran Church for the past 18 years.  He was accompanist for the Royal High School Choral Department for 13 years and traveled coast to coast in the United States and Canada as the Choirs competed in a number of Festivals.  Mr. Sonstegard is currently the accompanist for two musical groups that are part of the Los Robles Master Chorale under the direction of Lesley Leighton.