The William E. Hamm Outstanding Service Award recognizes volunteers who have contributed exceptional service to the development of the university and the betterment of the local community.

Established in 1986, the award is named in honor of Bill Hamm, former Vice President for Admissions and University Relations at California Lutheran University. 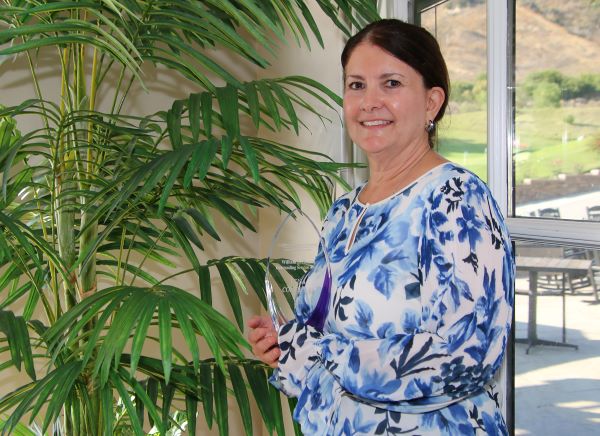 Leisa has served behind the scenes on many, many CLA programs and events, including the annual events like the Golf Tournament, Hats and High Tea, and the Mathews Leadership Forum to name only a few. In addition, over the years, she has been instrumental in soliciting new CLA members and has led the scholarship committee that awards $20,000 to eight deserving students. An associate with the Sisters of Notre Dame, Leisa always finds time to support her community, colleagues and aging parents. 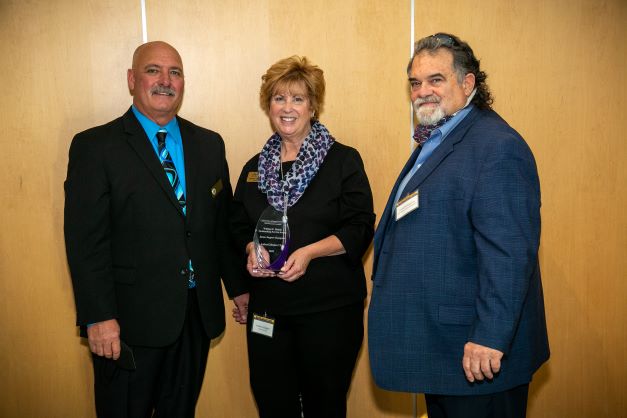 immediately focused on identifying emergent needs in the senior community and successfully pivoted the organization to launch new programs. Examples include: An expanded Meals On Wheels program that went from delivering 2,500 meals each week to more than 4,000! A pantry was established so nonperishable and household items could be delivered at no cost to homebound, low-income seniors. A new Errand Service with no-contact delivery matched seniors to volunteers who provide grocery shopping and weekly check-ins. COVID-19 Tool Kits containing masks, hand sanitizer, disinfectant wipes and educational material were created and distributed. To help relieve isolation, Zoom-based birthday parties for seniors age 65+ were set up and included delivery of a bundt cake to each senior celebrating a birthday.

Her most amazing contribution was her dogged pursuit and the publication of COVID-19 vaccination information that was not available to those who were not computer savvy or had no access to computers or social media. It wasn’t until she proactively spoke with county officials, then researched, obtained and immediately distributed the information, that many western L.A. County and Conejo Valley residents learned how to access vaccinations. As a result, Senior Concerns’ service area received a wide distribution of factual information and residents had the information required to schedule vaccination appointments. Under her leadership and recognition of what was required in the community, Senior Concerns filled the very large communication gap between L.A. and Ventura County governments and the residents.

CHAMPION OF THE VULNERABLE

Dichele Harris '13 MPPA '16, Area Director, Lutheran Social Services, is a double Cal Lutheran alumna, earning a BA in sociology in 2013 and an MPPA in 2016. Over the years, she has served Cal Lutheran on university advisory councils. 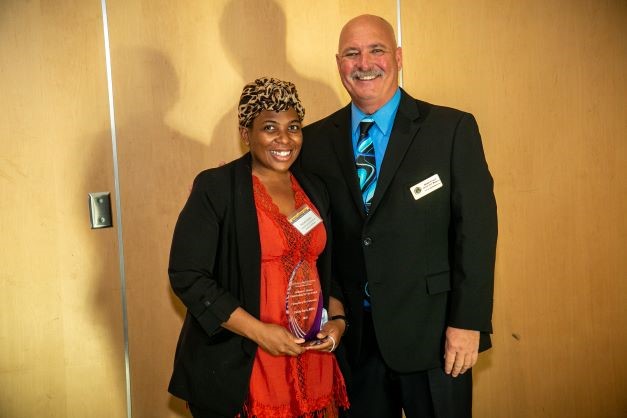 Lutheran Social Services of Southern California has a legacy of meeting the needs of the poor, underserved and powerless regardless of race, creed or orientation. In her role at the agency she works collaboratively with individuals, churches, businesses, civic leaders, government agencies and other stakeholders for one goal: breaking the cycle of poverty one family at a time.

During the pandemic Harris provided outstanding leadership and extraordinary community support in the Conejo Valley to the homeless and others in need. When COVID-19 forced the winter shelters to close, she stepped in to fill this important gap. In her role, she supported the day-to-day functions of living for many people in need at the Under One Roof Building at 80 E. Hillcrest Drive. She secured a hand-washing facility and obtained blankets and warm clothing. She worked to ensure that the community met the urgent public-health need to feed and house members of its low-income and homeless population when there was nowhere else for them to turn. She also helped in the fundraising efforts for the various Rotary clubs and Soroptimists, and solicited donations from many private donors. When someone noticed a need, she stepped forward and tackled the problem until it was resolved.

With her help, the local fundraising organizations raised over $10,000 and were able to work with Senior Concerns and Harbor House to obtain food from restaurants, private individuals and other charities to feed those most in need. She is a most extraordinary individual, admired and respected by the many volunteers in this community who work alongside her and nominated her for this award. 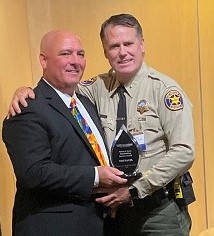 Hamm Award went to someone who has served the university by participating in events that raise funds for student scholarships, including the annual Mathews Leadership Forum, Hats & High Tea and Golf Tournament.

He has helped to keep the campus safe by providing public safety trainings in the community. He is one of the creators of the Safe Passages program that partners with the Conejo Park & Recreation District and Cal Lutheran faculty and students to work with at-risk youth and eliminate gang-related crime.

Last year this community experienced two incomprehensible tragedies within 24 hours. Hagel worked nonstop and countless hours leading us through the aftermath of the Borderline Shooting and the Hill and Woolsey fires. He provided comfort to grieving families, organized public safety responses to numerous emergency situations, sat with and cried with every family member who lost a loved one, and attended every funeral. To this day, he maintains close relationships with those families.

He led his department through city evacuations, highway closures and public safety tasks during the fires while consoling families and grieving over the loss of a fellow deputy. The community is indebted to him for his leadership, compassion and passion for public service. 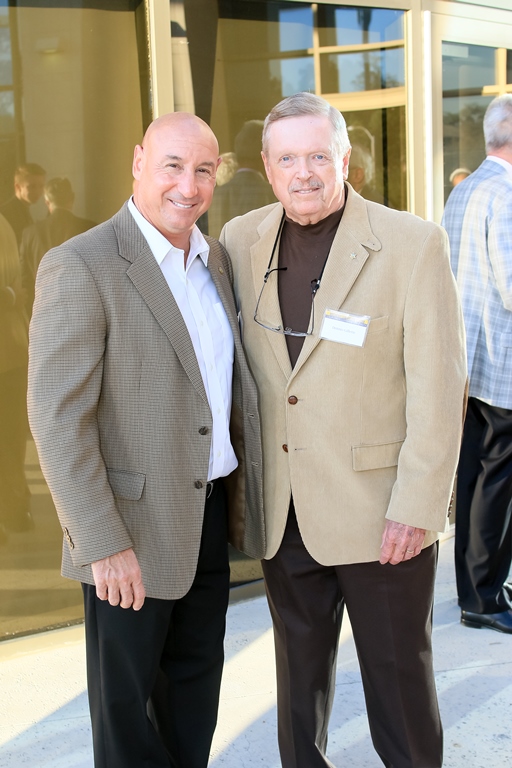 Andy Fox is a Cal Lutheran alumnus who over the years has partnered with the university and supported its growth. He has served as:

Dennis Gillette is also a Cal Lutheran alumnus who has served in several community leadership roles as: