The Ronald E. McNair Postbaccalaureate Achievement Program is one of eight federal TRIO programs funded by the U.S. Department of Education.

The goal of the program is to provide underrepresented, low-income, and first-generation students with resources, guidance, and support that leads them on the path towards earning doctoral degrees. The program is open to full-time undergraduate students from all disciplines.

The Ronald E. McNair Postbaccalaureate Achievement Program was created by Congress in honor of Ronald McNair, a physicist who rose from modest circumstances to earn his doctorate and become one of the first African Americans in the U.S. space program. Dr. McNair’s name is synonymous with academic excellence. 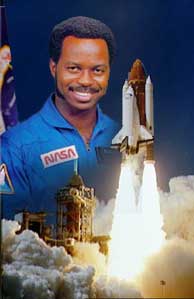 Ronald McNair was an astronaut-physicist who died aboard the space shuttle Challenger. Dr. McNair's philosophy of life included the following statement: "Whether or not you reach your goals in life depends entirely on how well you prepare for them and how badly you want them."

Dr. McNair prepared himself for his goals. He grew up in a poor, small town in South Carolina, attended North Carolina A&T as an undergraduate physics major, and enrolled at Massachusetts Institute of Technology for his graduate degrees in physics. Though the path to obtaining his goals was paved with many obstacles, Dr. McNair had the willingness and ability to persevere in the face of overwhelming odds and overcame the difficulties he encountered.