World War I and America

As part of World War I and America, "a two-year national Library of America initiative designed to bring veterans and their families together with the general public to explore the continuing relevance of the war by reading, discussing, and sharing insights into the writings of Americans who experienced it firsthand," the History Department at California University received a grant to sponsor programs open to the community. History students reached out to community members who had a loved one involved in the Great War. These families were interviewed by the students, who transformed these life stories into posters.

On November 14, 2017, the History Department hosted two events as part of World War I and America. The first event, a public reception, brought family members and others in the Thousand Oaks area together to share and discuss the stories encapsulated on the posters, thereby revealing how the community remains linked to the catastrophic events that occurred over a century ago. The second event that followed was a guest lecture by Dr. Jonathan Roth, member of the California World War I Task Force for the United States World War I Centennial Commission, entitled, "Race and Ethnicity in World War I." 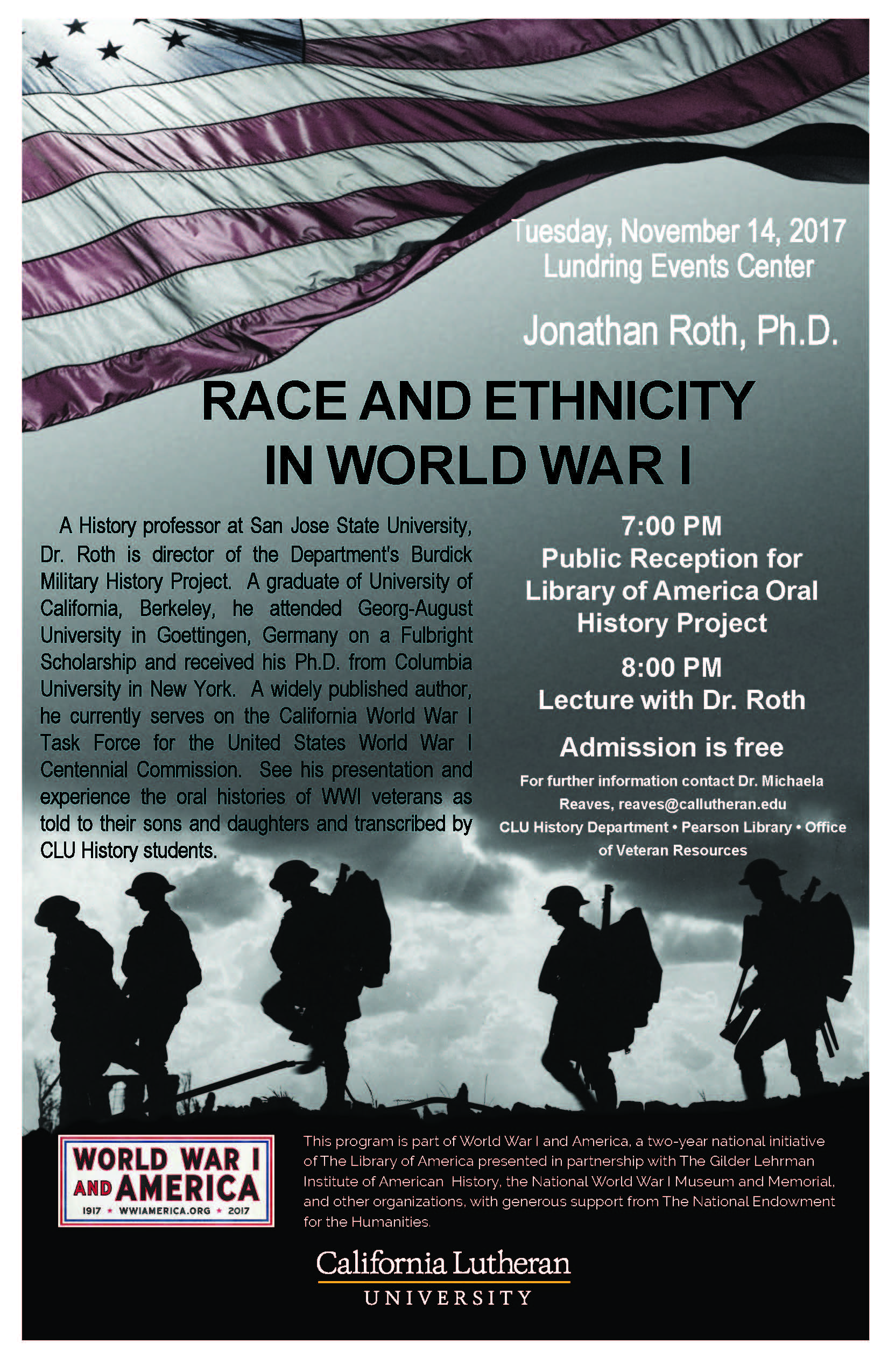 Please enjoy the product of our local effort to commemorate those who sacrificed so much on behalf of their country and war-torn Europe from 1914 to 1918. Below you will find links to the posters for the those impacted by the tragic events of World War I.