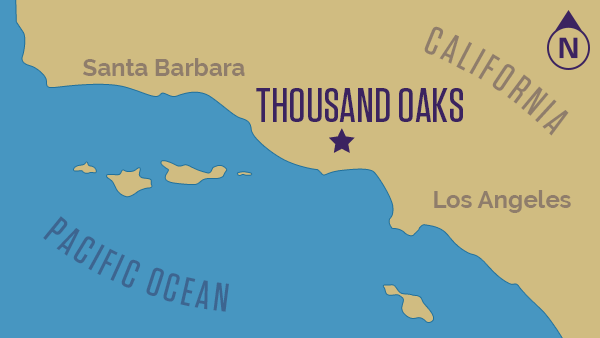 We are located in Thousand Oaks, California, which is a city of approximately 127,000 people, conveniently located 39 miles northwest of Los Angeles and 25 minutes from the Pacific Ocean.

Halfway between Santa Barbara and Los Angeles, Thousand Oaks is one of the prominent cities in Ventura County. It is consistently rated by the FBI as one of the safest cities in the entire United States with populations larger than 100,000.

The city of Thousand Oaks lies within the Conejo Valley, a picturesque, mountain-rimmed plateau, 900 feet above sea level. Average temperatures range between 65-85 degrees during summer months and 45-70 degrees during winter months. Average rainfall is 15 inches per year.


Chat With Your Counselor