A Lifetime of Service 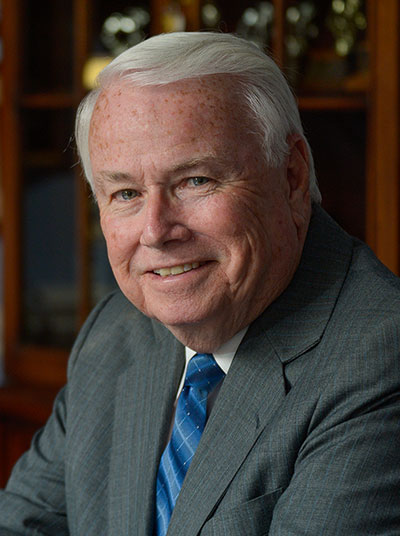 Elton Gallegly served from January 3, 1987 until January 3, 2013 completing 13 terms of service in the U.S. House of Representatives. He is the longest serving congressional representative in Ventura County history and served with five presidents.

Representative Gallegly was instrumental in advocating for the passage of a major NATO expansion legislation throughout Europe, the Balkans and the Baltics, representing the U.S. at the 2002 summit in Prague. He chaired one of the first hearings on the 9/11 Commission’s recommendations as chair of the Subcommittee on International Terrorism, Nonproliferation and Human Rights and wrote legislation to impede the international travel of terrorists. In 2010, he was named Vice Chair of the Foreign Affairs Committee. He was also recognized for his work on the Good Friday Agreement that brought peace to Northern Ireland.

In recognition of his work on foreign policy and national security issues, Representative Gallegly has been honored by the American Legion, Order of the World Wars and Vietnam Veterans of Ventura County.

He provided leadership in establishing the Port of Hueneme, the only deep water port between Los Angeles and San Francisco, and attaining official designation from the USDA Customs Port as a Port of Entry, contributing to the economic revival of Naval Base Ventura County by creating thousands of jobs.

Representative Gallegly was appointed to serve on the Permanent Select Committee on Intelligence that is charged with oversight of the United States Intelligence Community. He was a member of the Committee on the Judiciary, where he served as Chairman of the Subcommittee on Immigration Policy and Enforcement. He was a leader on public safety issues and was responsible for the passage of a bill that provided resources to local law enforcement to investigate and prosecute cases based on DNA evidence. As the chairman of the Congressional Animal Protection Caucus, he led the fight against cruelty to animals and received many accolades for his work.