Give to Cal Lutheran

Telling It From a Marine 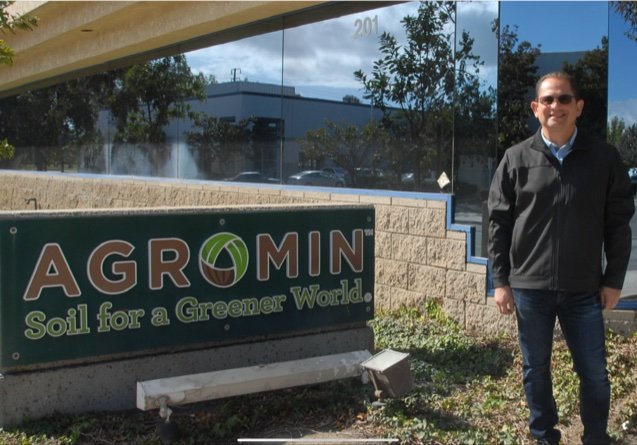 The road to success for Bill Camarillo, Cal Lutheran’s Chairman of the Board of Regents, has involved hard work and determination, and he wouldn’t have had it any other way. The road was largely paved by a 10-year-stint in the Marine Corps, which he says taught him many life lessons. Without the Marines, Camarillo says, he wouldn’t have been nearly as successful, becoming the CEO of Agromin and turning it into California’s largest organic waste recycling company.

“The Marine Corps helped me grow up, educated me, and gave me the skills that I wouldn’t have gotten elsewhere,” said Camarillo a few weeks before he was to deliver the keynote speech at Cal Lutheran on November 11 to mark Veterans Day. “In the Marines, you get discipline. You learn how to take orders. You learn how to strategize. Your teachers are always teaching you for the day when you will become the expert. All of that makes you professional and accountable.”

Camarillo grew up poor in the El Rio neighborhood of Oxnard, and describes his parents as “working people.” In high school, Camarillo’s escape was sports, playing on the football team, competing on the wrestling team, and running track. But he was also a strong student, graduating fifth in his class, which attracted Cal State University Northridge (CSUN). He won a full scholarship to CSUN, where he studied engineering. To save money, he commuted from home and also worked at a local hardware store, which eventually took its toll. By his second year, classes were getting harder and he started to fall behind, until he decided to quit school and, in February 1983, join the Marines.

“I was always challenging myself and I knew that the Marines would be the most challenging of all the branches of the military,” Camarillo says.

With his aptitude in engineering, Camarillo was placed in the Aviation Electronics Division of the Marine Corps, where he learned how to repair radar systems. Even with extensive training, he realized that he would never advance far unless he had a college degree, so he took advantage of a military education program that paid 75% of his tuition and went back to college at night. While he was stationed in Twentynine Palms, CA, he received two associate’s degrees—in electronics technology and liberal studies—from the College of the Desert and then earned a bachelor’s of science in business administration from the University of Redlands. He then continued his studies at Redlands, eventually earning a master’s of science in business administration.

While he was in the Marines, rising to the rank of Staff Sergeant, he also married, raised two children, and worked part time building IBM compatible computers that he would sell at swap meets on the weekends to make extra money.

“I had the spirit of an entrepreneur,” Camarillo says, “At 28, after 10 years in the Marines, I decided that if I was going to make my mark as an entrepreneur, I should get out.”

After his discharge, Camarillo returned to Oxnard and teamed up with some high school friends to start a company that would grind the trees that had been cut down out of utility power lines and sell the resulting wood chips to power plants for fuel. In 1989, when the California legislature passed a law mandating that cities and counties had to recycle 50% of their solid waste by 2000 or face penalties, Camarillo saw an opportunity. He knew of a small operation that had engineered different ways of converting tree trimmings into mulch, so in 1992, he acquired the company, called Agromin, and then quickly grew its business.

In 1993, Agromin was recycling 10,000 tons of green waste per year from one city—Ventura. Today, it processes 1.2 million tons of organic material annually, operates 21 facilities, services 200 cities from Sacramento to the Mexican border and employs 250 people. Its soil products are sold in numerous garden supply stores and other retailers, including Armstrong Garden Centers. Major customers include Sofi Stadium, The Getty Museum locations in Brentwood and Malibu, Disneyland, and many more.

Throughout his career in the Marines and with Agromin, Camarillo has always believed in the importance of higher education. “Education has been a cornerstone to my success,” he says. “Knowledge helps answer a lot of questions. Without education, people just listen and act. They don’t listen and question.”

That commitment to higher education led Camarillo to Cal Lutheran in 2014, when he was asked to join the Board of Regents. “I thought I could be of value,” says Camarillo, who was appointed Board Chair last year. “I could be an example of how people of lesser means can make a difference if they work hard and try. Cal Lutheran has the best opportunity to make positive changes. It’s not so big that it’s difficult to make change and not so small that it won’t have an impact.” Camarillo says he is also impressed by President Lori Varlotta’s leadership. “I have high confidence that President Varlotta is great at setting standards, goals, and explaining how to win.”

Asked if Veterans Day had a special meaning for him, Camarillo says, “Every day I remember being a veteran,” pointing out the photographs and other memorabilia from his military days on his office walls. “I’m constantly reminded and grateful for what the military gave me: a chance to grow up so I could use my capabilities to the fullest. A lot of people don’t know how good they can be if no one is pushing them along to not quit; you are guaranteed to lose if you quit.”