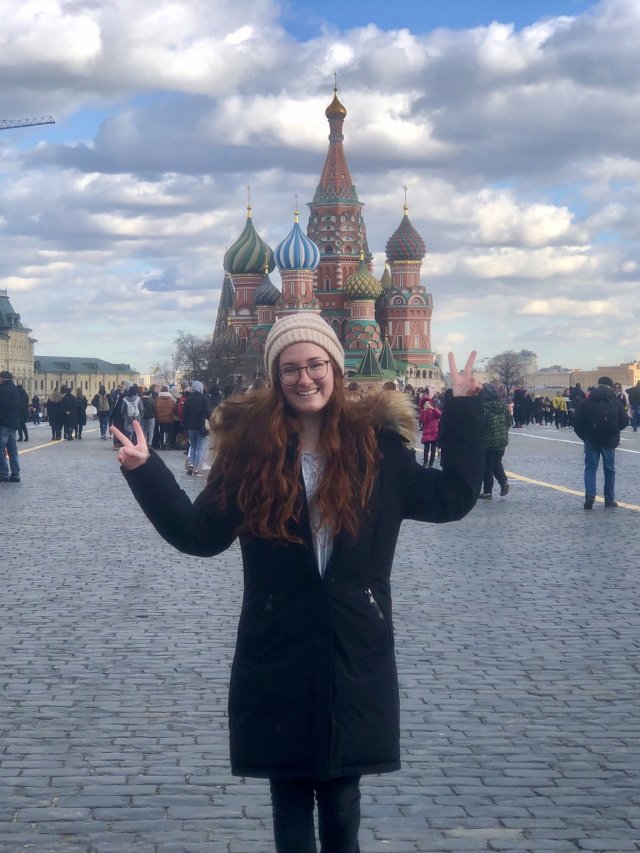 (THOUSAND OAKS, Calif. – April 27, 2020) A California Lutheran University senior who studied throughout the former Soviet Union as an undergraduate has received a U.S. Student Fulbright award to return to teach English in Kazakhstan.

Her award will cover travel, room and board for a possible six-month stay beginning in early 2021. Fulbright recipients live and work with people of the host countries, serving as cultural ambassadors for the U.S. They are chosen for their academic accomplishments, record of service, and potential for leadership in their fields.

Barker double majored in history and political science with an emphasis in international relations. Captivated by the post-Soviet world, she wanted to learn Russian so she could effectively study and work there. In 2018, she spent a month studying the language and living with a host family in Bishkek, Kyrgyzstan. The next year, she received a scholarship for an intensive Russian language program in Tbilisi, Georgia. She studied in St. Petersburg, Russia, for the spring semester of 2019.

Now fluent in Russian, Barker hopes to study another regional language while in Kazakhstan, where Turkic languages including Kazakh and Uzbek are spoken. Introduced to nomadic culture while studying in Kyrgyzstan, Barker is fascinated by the juxtaposition in Kazakhstan of rapid modernization and nomadic tradition and is looking forward to seeing how these forces interact.

Barker plans to enhance the university English language lessons she gives with discussions of American history, politics, film, music and current events. She would also like to host reading groups and conversations for community members.

“I am eager to fully immerse myself in Kazakhstan, hoping to more genuinely understand the rhythm of daily life in the post-Soviet space, as well as experience and develop long-lasting connections to the Kazakh land, culture and people,” Barker said.

Barker has researched the resurgence of ethnic nationalism in Soviet republics and presented her research at Phi Alpha Theta History Honor Society conventions. She was a head delegate for Cal Lutheran’s Model United Nations team and earned an award at the Harvard National Model U.N. She promoted study abroad and foreign language opportunities as a Global Ambassador and helped students from other countries adjust as an International Peer Mentor. She also served as a History Department assistant, worked as a resident assistant and interned for U.S. Rep. Julia Brownley. After completing her Fulbright service, Barker plans to attend graduate school and build a career around international service.