Peace Corps volunteer in Ukraine will go to Romania 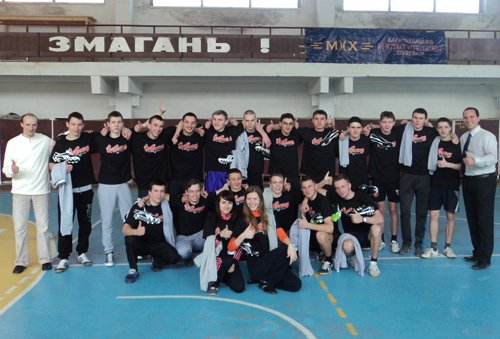 Kajtor, who is currently a Peace Corps volunteer in Ukraine, received an English Teaching Assistantship grant that covers travel and room and board costs for the academic year starting Oct. 1. He will teach at a university in Cluj-Napoka, the second most populous city in Romania.

Participants are chosen for their leadership potential and academic accomplishments. Kajtor, who earned bachelor’s degrees in sociology and psychology in 2007 and a master’s degree in public policy and administration in 2010, joined the Peace Corps in 2010. He will complete his service in Khmelnitsky, Ukraine, this summer. There he developed a university class on Becoming a Man, started a Big Brother/Big Sister project, mounted a “Free Hugs” campaign, gave a presentation on HIV/AIDS and helped open an English resource center in the city’s library. He also organized two baseball camps and helped start a college baseball team and is now working to build a field for the team.

Fulbright recipients, who live and work with people of the host countries, also serve as cultural ambassadors for the United States. The program is designed to facilitate cultural exchange, allowing grantees to gain an appreciation of others’ viewpoints, beliefs and actions.

The U.S. Department of State’s Bureau of Educational and Cultural Affairs sponsors the Fulbright Program, which since 1946 has fostered relationships in which citizens and governments of other countries work with the United States to meet shared needs.

Kajtor is the third CLU alumnus to receive a Fulbright award. In addition to assisting Kajtor, CLU staff helped Elizabeth Calkins, who is currently serving in Kenya, and Ali Sheets, who taught in Austria during the 2010-2011 year, with their applications.